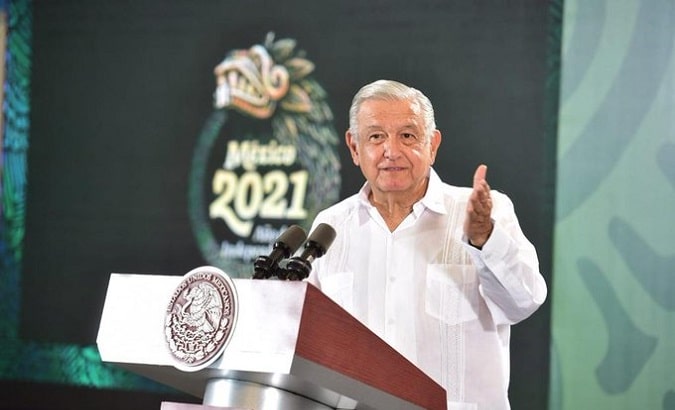 In February, Mario Aburto, who was convicted of assassinating presidential candidate Colosio in 1994, requested that his case be reopened so that “the society knows the truth.”

On Thursday, October 28, Mexico’s President Andrés Manuel López Obrador (AMLO) offered State protection to Mario Aburto, who has claimed that the had police tortured him and forced him to plead guilty for the murder of the Institutionalist Revolutionary Party (PRI) presidential candidate Luis Donaldo Colosio in 1994.

“If it can be proved that he was tortured, he was threatened, and he has kept silent because of it… the Mexican state would protect him,” AMLO said, adding that “we are interested in clarifying all doubts and suspicions about the unfortunate murder of Luis Donaldo Colosio.”

Earlier in the week, the National Human Rights Commission (CNDH) of Mexico asked the Office of the Attorney General (FGR) to reopen the Colosio case investigation because Aburto was tortured after being arrested on March 23, 1994 in Tijuana, where the PRI candidate Colosio was shot dead.

“A man—supposedly Aburto—was arrested at the scene of the crime, but many people believe that… the killer was replaced with an innocent man,” wrote Mexico News Daily. “Many Mexicans believe that the PRI was behind the murder of Colosio, who was determined to take the then omnipotent party in a new direction.”

The National Human Rights Commission (CNDH), for its part, stated through a press release that after investigating the case, it determined that Aburto was tortured by agents of the then Attorney General’s Office and the Public Prosecutor’s Office, from the time of his arrest in March 1994 up to the first court proceedings and his transfer to prison.

“The new considerations and findings point to serious human rights violations; therefore, the CNDH establishes that the FGR should conduct an investigation into the case that led to the detention and sentencing of the victim,” the Commission noted.

For the past 27 years, Ruben Aburto, Mario’s father, has maintained that his son was used as a scapegoat to hide what the PRI did during the administration of Carlos Salinas de Gortari, who was the president of Mexico when Colosio was murdered.

AMLO has called Aburto’s case a “matter of state” and confirmed that his administration would offer protection to him and his family if necessary. In February, Aburto denounced before the CNDH that he had been victim of cruel treatment and torture since his arrest and requested that his case be reopened so that “the society knows the truth.”

Regarding these statements, the Secretary of Public Safety and Protection, Rosa Rodríguez clarified that Aburto’s human rights have been respected during the AMLO administration. “At the moment he is not incommunicado and is in good health,” she said, and added that the Executive is analyzing “what will be the response to the CNDH recommendation.”