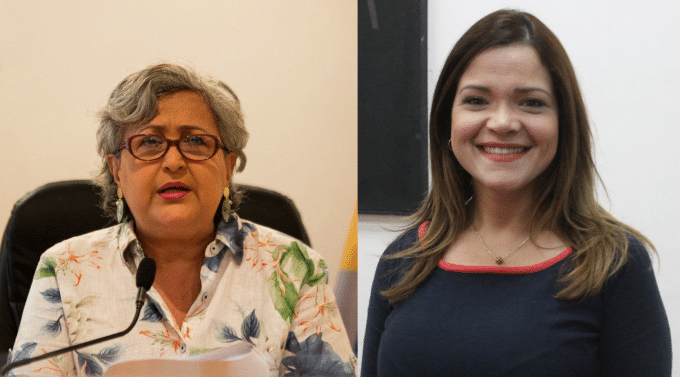 The President of Venezuela, Nicolás Maduro, appointed new authorities in the Ministry for National Commerce and the Ministry for University Education on Tuesday, October 19, as reported on his Twitter account.

Tibisay Lucena, who has been serving as the president of the National Experimental University of the Arts (UNEARTE) since September 2020, was named minister of university education. “Her extensive experience and pedagogical vocation will contribute to raising the quality of education for national development,” said the head of state regarding Lucena, who also chaired the National Electoral Council for 14 years.

For her part, Dheliz Álvarez will have the responsibility of being the new Minister for National Commerce, “a vital role for the development of the real economy that generates the wealth to meet the needs of the people,” wrote Maduro. “Maximum efficiency!” Álvarez has served as the president of the Mission Ribas Foundation.

In another statement issued on the social media network, President Maduro thanked the former ministers for their service to Venezuela. “I express my gratitude to Eneida Laya and César Trompiz for their work and dedication,” wrote Maduro. “Our Homeland recognizes their loyalty, dedication, and work. Soon new responsibilities will arrive so that they continue to contribute to the happiness of our people.”

President Maduro went on to announce the appointment of César Trompiz as Venezuela’s new ambassador to the Plurinational State of Bolivia. Trompiz had held the position of Minister for University Education since August 2019, and in recent months has led the restoration project at the Central University of Venezuela.

Minister Eneida Laya was at the forefront in the supervision and verification of businesses, after the currency rebranding took effect on October 1. She had been appointed as Minister of National Commerce in October 2019.