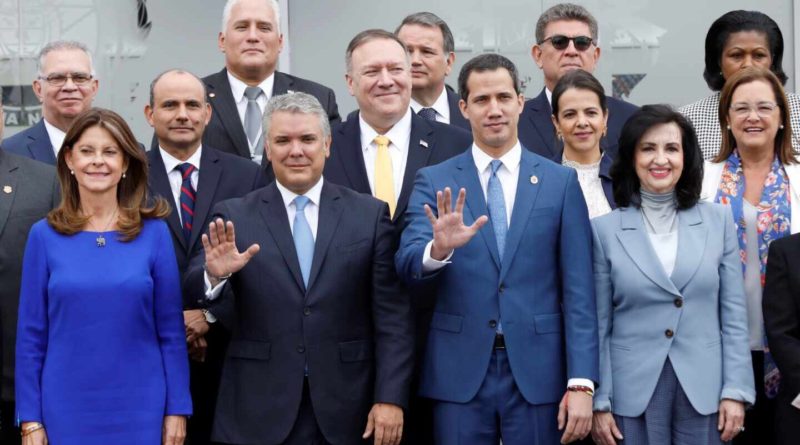 Venezuelan President Nicolás Maduro Moros responded on Monday to calls for more pressure against his government made by the head of US diplomacy, Mike Pompeo, on a tour in Colombia, where he met with the Venezuelan deputy, Juan Guaidó, and with the Colombian president, Iván Duque. “Mike Pompeo is a fantasist who lives on lies,” said Maduro.

At a meeting of the intergovernmental commission of the Cuba-Venezuela comprehensive cooperation agreement, Maduro recalled that “Mike Pompeo goes to Colombia to support the massacre and support the neo-liberal and anti-popular model.”

RELATED CONTENT: Guaido Confirmed he is in Colombia in Violation of Travel Ban

“It is absolutely inconsequential, about a puppet who is going to meet his masters in Colombia,” Diosdado Cabello, head of the constituent assembly in Venezuela, said on his side in the first reaction of the Venezuelan government after the trip of Guaidó, recognized as president in charge of Venezuela by some countries with the US at the helm.

The Venezuelan president stressed that they will continue to strengthen the bilateral relationship with the government of Miguel Díaz-Canel. “Count on Venezuela for everything,” said the President in an event broadcasted on radio and television.

RELATED CONTENT: USAID and the Dance of Thieves in Latin America

“We are going to recover Petrocaribe,” Maduro promised about the cheap oil exchange initiative created by the late President Hugo Chávez.

Pompeo announced Monday that Washington will take “more actions” in support of Guaido, re-elected -according to him- as speaker of Parliament in early January, and stressed that there is a “real opportunity” for Maduro to leave command.

The presence of Pompeo in the coffee country coincides with the announcement made by the Southern Command to do military exercises with the neighboring country on January 23 and 29.

Featured image: Detail of the official photo this Monday at the meeting «anti-terrorism» in which Mike Pompeo, Iván Duque and Juan Guaidó participated, among others.