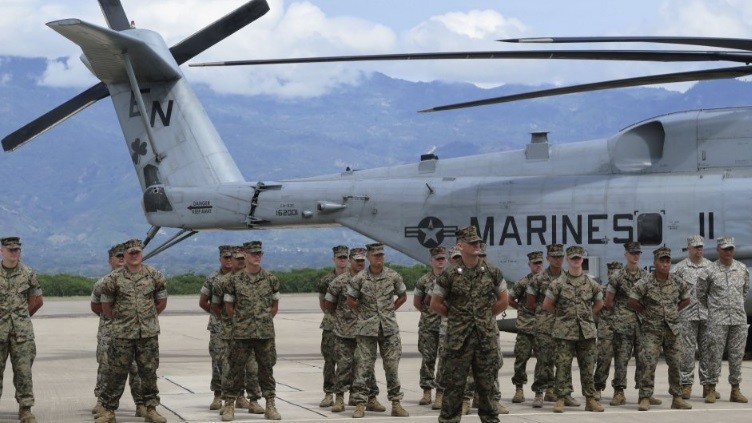 The United States and Colombia will carry out joint military exercises between January 23 and 29 to “build interoperability and share strategic experience,” the South Command reported on Monday, amid threats and an international offensive by both nations against Venezuela. The exercises were announced regarding the visit to Colombia of the US Secretary of State, Mike Pompeo, who participated in a hemispheric ministerial conference to “fight terrorism” in Bogota, an activity that was also attended by the the Venezuelan ultra-right deputy, Juan Guaidó, linked to the Colombian narco-paramilitary terrorist group “Los Rastrojos”.

“We are honored to train with Colombia, a close friend of the US and global partner of the North Atlantic Treaty Organization (NATO),” said the commander of the US Southern Command, Craig Faller.

RELATED CONTENT: USAID and the Dance of Thieves in Latin America

In these maneuvers, in which some 115 US military personnel will participate, of which 75 are members of the Fort Bragg Airborne Division, North Carolina, they hope to execute tactical actions “to simulate the safety of an airfield,” a statement said.

In this context, before a press appearance the Colombian president, Iván Duque, and Pompeo, agreed on the rhetoric of an alleged presence of terrorist groups in Venezuela and urged the increase of sanctions and pressures against the Venezuelan government and people.

The aforementioned officials reiterated their support for the deputy and former president of the National Assembly (AN) in contempt, Juan Guaidó, against whom there is a measure of prohibition from leaving Venezuela, and he established his intention to continue his coup agenda against Venezuelan institutions and the President of the Bolivarian Republic of Venezuela, Nicolás Maduro.

Featured image: US Marines participate in the 21 June SPMAGTF-SC opening ceremony at Soto Cano Air Base outside of Comayagua, Honduras. Members of the task force are now in Colombia for a week of humanitarian assistance training. Source: IHS Markit/Ashley Roque