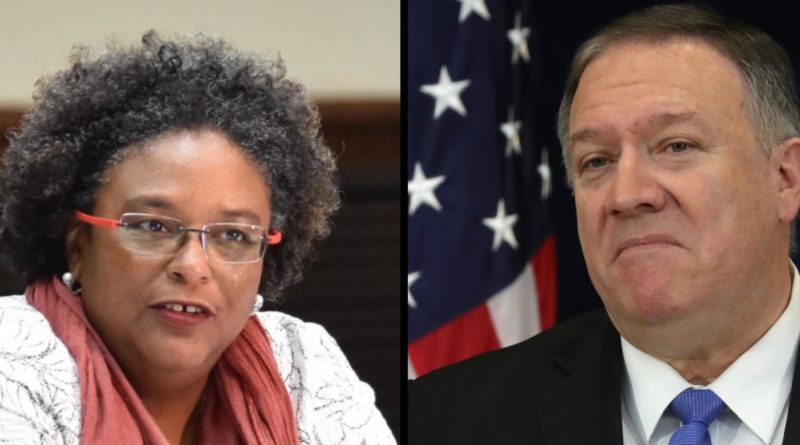 Jan. 20, 2020.- The Caribbean Community (Caricom) today rejected US attempts to divide the region, in the wake of a meeting tomorrow, Tuesday, between Secretary of State Mike Pompeo and several leaders in Jamaica.

Barbadian Prime Minister and Caricom President Mia Mottley criticized the meeting between Pompeo and an undisclosed select group of Caribbean representatives, which is intended to fragment the region.

In a speech at the gala marking the 100th anniversary of the birth of the late Barbados prime minister and regional integrationist Errol W. Barrow, Mottley said her decision to reject the invitation to send her foreign minister to the meeting in Kingston on Tuesday was based on the right to peace.

“I do not seek to fight, but I am aware that if this country does not stand for something, it will fall for anything. As president of Caricom, it is impossible for me to agree that my foreign minister should attend a meeting with someone to which Caricom members are not invited. It is an attempt to divide this region, ”she said.

Likewise, Mottley said principles only mean something when it is inconvenient to uphold them, aware that Caricom “must always monitor itself to ensure that we do not become the pawns of others”.

Pompeo will arrive in Jamaica from Costa Rica and hold official talks with Prime Minister Andrew Holnnes, who is expected to give a speech on the importance of the Caribbean region to the United States.

Last year Holness, along with the leaders of St. Lucia, the Bahamas and Haiti, flew to Miami to meet with US President Donald Trump, where they discussed the ongoing political situation in Venezuela and Washington’s attempts to overthrow President Nicolas Maduro.

The Caribbean Community has reiterated its opposition to interference in the internal affairs of nations and called on governments to work together in pursuit of sustainable development objectives.

Today on his Twitter account, Cuban Foreign Minister Bruno Rodríguez highlighted the importance of the Caricom Summit to be held in Havana next December.