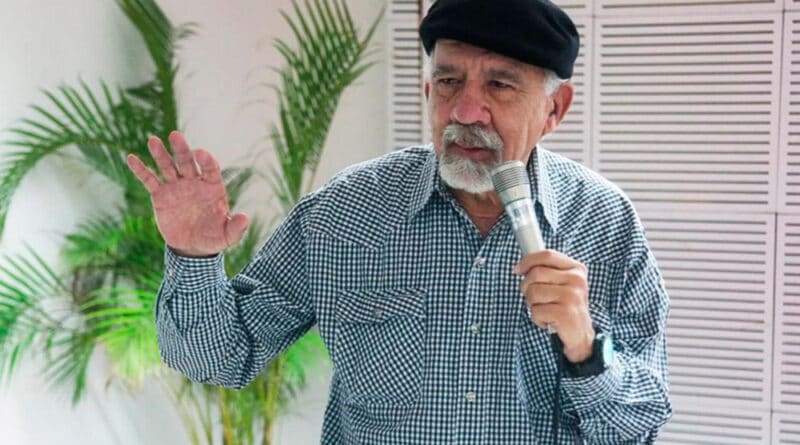 The President of Venezuela, Nicolás Maduro, stressed this Thursday, March 25, that his government “will not rest in its search until it finds” the Venezuelan professor Carlos Lanz Rodríguez, reported as missing since August 9, 2020.

“How much professor Carlos Lanz is needed for these debates, our Carlos Lanz,” said the head of state in the middle of the presentation of a book entitled Education Placed From the Common. This publication compiles and systematizes the pedagogical experiences that emerged after the start of the quarantine, once the first cases of COVID-19 were detected in Venezuela. The quarantine measures, applied last March, included the closure of educational institutions and transferred the teaching-learning process to homes. If Lanz specialized in something, as a key figure of the social forces of the Bolivarian Revolution, it was in the formation of entire generations.

RELATED CONTENT: Detainees, Drones and More: What is New on Carlos Lanz Disappearance

“We will not tire searching for you until we find you, dear Carlos Lanz. God bless you,” said President Maduro during a televised working meeting. “We will continue investigating this strange case of the disappearance of our great colleague and brother. To his siblings and relatives, our full support always. To his friends, all our solidarity.”

A mysterious disappearance
On the morning of Sunday, August 9, 2020, it was reported that the Venezuelan professor, sociologist, political scientist, former guerrilla and left-wing activist Carlos Lanz Rodríguez, 76, had been missing for 24 hours. It was reported by his son Alex Lanz, who assured that his disappearance was “something out of the ordinary to those who know him.” He emphasized that his father “is a disciplined man.”

The Public Ministry is investigating the case and on March 10 the head of the institution, Tarek William Saab, stressed that the proceedings show that “there was no violent act linked to the disappearance of Lanz.” He clarified that his departure from the home was absolutely voluntary and there are no elements that point to an escape plan. He also said that the prosecutors assigned to the case “have not ruled out any hypotheses.”

RELATED CONTENT: Where is Carlos Lanz? Four Months Have Passed Since Mysterious Disappearance

Carlos Lanz, an invaluable militant of the old guard
Carlos Lanz, in addition to being a sociologist by profession, is a Venezuelan activist and Marxist theorist (specialized in the extensive works of Karl Marx and Engels), and guerrilla of the old guard. Professor at the Bolivarian University of Venezuela (UBV), advisor, and leader of socio-political training at various outposts in the country, Lanz is a promoter of workers’ and communal control.

He held various positions during the administration of Commander Hugo Chávez; for example, he was a director of the aluminum companies Venalum and Alcasa. He is also a promoter of popular, Bolivarian and liberating education. For several years he has been a prolific columnist. He received an Honorary Doctorate from the Ezequiel Zamora (Unellez) National Experimental University of the Western Llanos, among multiple recognitions in his vast career as an academic and militant.

Lanz is a scholar who noticed on more than one occasion destabilizing plans such as Operation Gideon and the penetration of the Bolivarian National Armed Forces (FANB) by mercenaries and paramilitaries. His efforts to prophesize these types of events, some people believe, could explain his disappearance. “He has worked on the study of psychological operations, irregular military actions, the cult of hatred on social media networks, and the character assassination that the enemies of Venezuela develop,” his son Álex told a well-known Venezuelan online media outlet. “Then he disappeared just two days after the 20-year prison sentence was handed down to the US mercenaries and paramilitaries of Operation Gideon… It’s a lot to think about.”