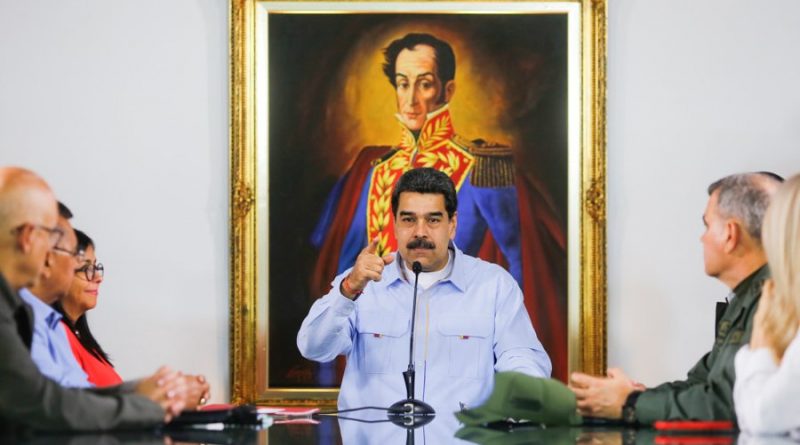 Venezuelan President Nicolás Maduro announced that on Wednesday he travels to Baku, Azerbaijan, where he will transfer the pro tempore presidency of the Non-Aligned Movement (NAM). “Venezuela assumed the presidency of the multilateral group between 2016 and 2019 with dignity, decorum and brightness and will deliver it renewed and strengthened,” said the head of state during a working meeting with with his cabinet

At the NAM Summit, which will take place between Friday 25 and Saturday 26 October, the government of Venezuela will present a report of its presidency based on international respect and the rights of peoples.

“Three years we had to exercise and I will give an account to 120 countries of what Venezuela has done to advance international law, the right of the peoples, the need for a multipolar world, the defense of peace, the fight against armamentism and the nuclear race, the struggle for coexistence, the dialogue of civilizations,” he detailed.

President Maduro will deliver to his Azerbaijani counterpart, Ilham Aliyev, the presidency of the NAM, which he assumed in September 2016 at the XVII Summit of the Movement held in Margarita Island, Nueva Esparta state, where more than a hundred member countries endorsed the principles of the Declaration of Margarita, among which the re-foundation of the United Nations Organization, the establishment of a more just world order and causes such as the defense of the Palestinian people, the end of the blockade of Cuba and the decolonization of Puerto Rico.

“I go and will be back very soon. I fulfill the duty of bringing the truth of Venezuela, of making our beloved homeland shine and continue this beautiful battle for the dignity and happiness of our people,” said the Venezuelan president regarding his participation in the XVIII Summit of heads of state and government of the NAM, to be held in Baku, Azerbaijan.

“We go to Christmas with the people mobilized and protected”
Maduro also announced that on November 1, the Merry Christmas Programs begins throughout the country. “We go to Christmas with a mobilized people, studying, working, conscious, happy and protected. We have to continue improving, step by step, the economic, social situation, continue to strengthen political stability at the highest level, defending our country,” he said Wednesday in a meeting with the cabinet.

He stressed that the national novernment with the people will remain in mobilization, work and permanent study to defend the country from the constant attacks of the Venezuelan right. “They won’t be able to sabotage Christmas for the people,” he said.

He commented that the national government guarantees the payment of bonuses and the protection of the people with the distribution of the boxes of the Local Committees of Supply and Production (CLAP).