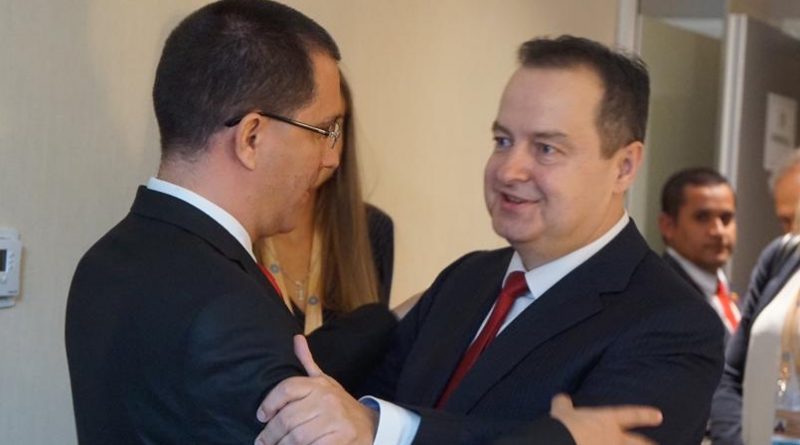 With the purpose of strengthening friendly and cooperative relations, the Foreign Minister of the Bolivarian Republic of Venezuela, Jorge Arreaza, held bilateral meetings with his peers from Serbia, on the occasion of the Ministerial Meeting of the Non-Aligned Movement (NAM) ), which is celebrated in the city of Baku.

The meeting of Chancellor Arreaza with his Serbian counterpart, Ivica Dačić, was covered by the Venezuelan MFA’s twitter account:

Venezuela and Serbia have been strengthening their bilateral relations in recent years and last September during the last UN General Assembly in New York, both Chancellors held another bilateral meeting that was well covered by Serbian authorities.

According to the Serbian MFA, during the friendly meeting, Ministers Dacic and Arreaza exchanged views on the current domestic and international developments. The Venezuelan Foreign Minister explained the latest situation in Venezuela and the efforts to find a solution to the political crisis in his country through dialogue. Minister Dacic emphasized that support for a peaceful resolution of the internal situation in Venezuela was in the interest of Serbia as well.