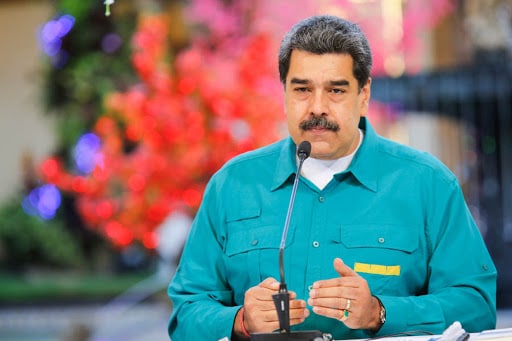 The President of the Bolivarian Republic of Venezuela, Nicolás Maduro, reiterated this Sunday his call to the population to comply responsibly with biosafety measures against COVID-19 during the upcoming Christmas holidays.

Through his social media accounts the Head of State wrote: “As a State and Government we do our part: we make an immense effort to take care of you youth, grandfather, grandmother, boy, girl, and all the Venezuelan people.”

RELATED CONTENT: Traveling to Cuba in the Time of COVID-19

In his tweet, the Venezuelan President posted a video in which a group of young people, with the slogan “Together is the Thing,” exhort the population to comply with health protocols, such as as social distancing and the use of masks and antibacterial sanitizers.

In parallel the Executive Vice President of Venezuela, Delcy Rodríguez, announced this Sunday during the weekly report that an increase of 14 active cases per 100,000 inhabitants was recorded in Venezuela. “That’s why we’re asking the population to take care of themselves,” she said.

From the Simón Bolívar Press Room of the Miraflores Palace, the vice president alerted the Venezuelan people not to lower their guard against the pandemic: “Attention, Venezuela, alert the Venezuelan people: we cannot lower our guard, as the President has said. It is time for spiritual reunion, and four days after the celebration of December 24, we ask for your responsibility, your conscience, and to take care of yourself with maximum precautions.”

“If we keep up with this trend, we’ll be looking at an increase in cases, and it’s important that we avoid a resurge,” added Rodriguez.

Rodríguez recalled that in the months of October and November the statistics registered 12 cases per 100,000 inhabitants, and began to rise to 13 cases, while in these first two weeks of Christmas relaxation, the country is at 14 cases per 100,000, due mainly to the relaxation of health protocols by some groups.

“We are conducting daily monitoring of the cases in Venezuela,” she said, “in permanent communication with President Maduro, evaluating this reopening with 54 economic sectors of national life during the month of December, and the curve in Venezuela remains on a plateau.”

On Saturday, through her Twitter account @drodriven2, the executive vice president disclosed that 386 new COVID-19 cases had been recorded in a 24-hour span, 385 due to community transmission and one imported from Mexico. She also reported five new deaths.

The Venezuelan health authorities indicated that in total there have been 109,781 cases reported since the beginning of the pandemic. The recovery rate is 95 percent, totaling 104,208 recovered with free treatments guaranteed by the Bolivarian Government.