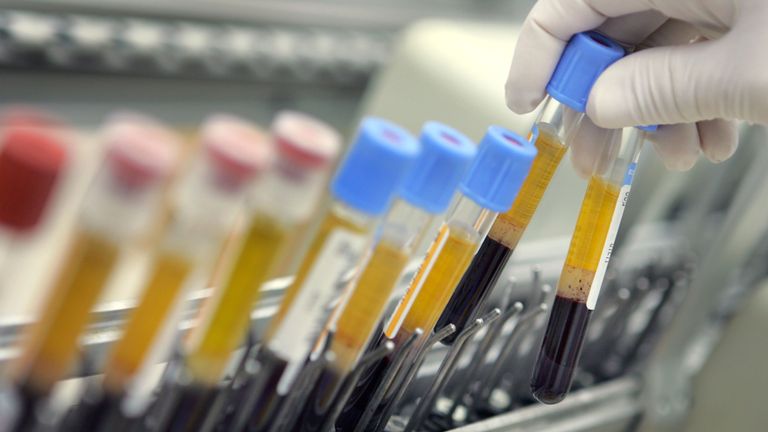 The President of Venezuela, Nicolás Maduro, reported that between Thursday and Friday thousands of kits will arrive to the country from the People’s Republic of China to carry out a “mass screening” of suspected cases of coronaviruses that have been identified.

“Between Saturday and Sunday there will be a broader screening of suspected cases that have already been identified. There will be a mass screening, as the director of the World Health Organization (WHO) recommended to us today. We are looking to get between a million and a half to two million tests,” said Maduro this Wednesday, during the TV show “Con el Mazo Dando”.

In this context, the president asked Venezuelans to answer an online survey available on the website of the Patria system, through which a preliminary roadmap on risk cases will be built.

“This survey has allowed us to identify many risk cases because they respond to such or such characteristics, so we send the doctors to those homes, we do the test, we clear the cases, whether or not it is, to apply the protocols,” Maduro explained.

In this regard, he assured that more than 5 million Venezuelans have answered the survey. “We already have characterized the cases where we are going to drop by on Saturday and Sunday,” he added.

Likewise, the president of Venezuela thanked the inhabitants of the country for having complied with the collective quarantine, and announced that the Patria system will also serve to grant economic bonuses (incentives) to informal workers during this stage.

Similarly, he indicated that he is willing to pay the payrolls of the small and medium industry affected by the pandemic. In this regard, he announced that he has received some proposals from the Federation of Chambers and Associations of Commerce and Production (Fedecamaras), which are “under evaluation.”

Last Thursday, the Venezuelan president asked the People’s Republic of China for its collaboration to prevent and face cases of coronavirus. For its part, the United Nations donated a number of test kits, as well as other supplies and medicines necessary to address the pandemic in the country.

Conversation with the WHO director
Earlier in the afternoon, Maduro had a telephone conversation with the director general of the World Health Organization (WHO), Tedros Adhanom, with the aim of coordinating joint actions to prevent the spread of the coronavirus (Covid-19) in the country, which has resulted in 36 cases to date. During the conversation – published by the presidential press account – the Venezuelan head of state instructed the executive vice president of the republic, Delcy Rodríguez, to coordinate an experts’ trip from Geneva immediately.

“I am going to commission Vice President Delcy Rodríguez to coordinate the trip of experts from Geneva immediately, as well as to coordinate the support for the test kits and medications that they are going to provide us with,” said the national president, after explaining the situation that Venezuela is experiencing in the face of the economic, financial and commercial blockade imposed by the United States regime.

These actions are part of a special aid that the Venezuelan president requested from the WHO, in order to acquire the diagnostic tests needed for the next few days, and thus immediately detect people who are infected with the coronavirus, which is already affecting more than 200,000 people worldwide.

Likewise, he requested the technical advice of the WHO in order to “evaluate the plan” of measures that Venezuela has applied in recent days to curb the spread of the pandemic. “We have taken accelerated measures of national and collective social quarantine and testing thousands of people to try to cut the transmission chain,” Maduro explained to the WHO director.

So far, Venezuela has identified 36 cases of coronavirus. Of the total figure, 30 are people traveling from Europe and six from Cúcuta (Colombia).

Earlier, the executive vice president of the Bolivarian republic of Venezuela, Delcy Rodríguez, reported that in the last 24 hours no cases of Covid-19 have been detected in the country. Similarly, she announced that the World Health Organization (WHO) will provide special humanitarian aid to Venezuela to help stop the expansion of the coronavirus outbreak, through technical assistance and the provision of test kits.

Since last Tuesday, Maduro declared a national social and collective quarantine throughout Venezuela, after the detection of new cases of the pandemic in the country.

Similarly, since last Thursday school activities at all levels were suspended, there is a suspension of flights for a period of 30 days of flights from Europe, Colombia, the Dominican Republic and Panama, as well as large public events were prohibited.

Likewise, it was announced that the Caracas Metro System and rail will only work for workers in prioritized sectors, like journalism, food production and food retail, security, health workers, among others.