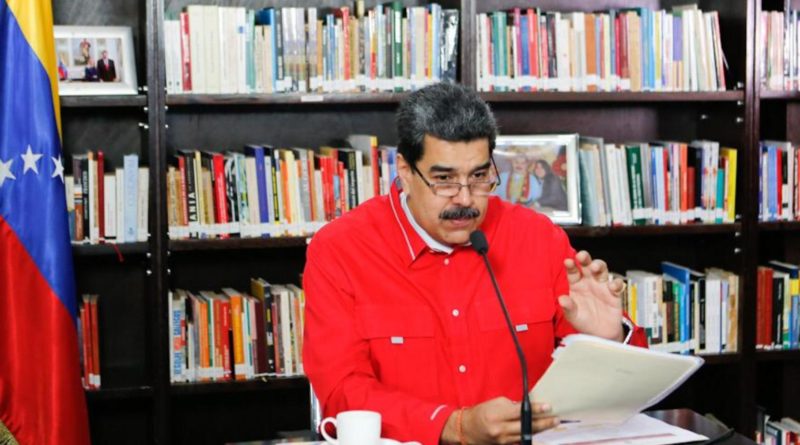 The Venezuelan head of state, Nicolás Maduro, announced that he has given the orders to the Executive Vice President of the Republic, Delcy Rodríguez and to Foreign Minister Jorge Arreaza, to prepare a special plan for the repatriation of Venezuelans who wish to return to the country in the face of hunger, abandonment, xenophobia and the exclusion of which they are victims, after the countries of the Lima Group refuse to receive the planes of Conviasa, the state owned Venezuelan airline sanctioned by the United States.

RELATED CONTENT: Sixteen Venezuelans Have Died from Covid-19 Abroad: Maduro Calls for Them to “Come to be Cured in Their Homeland”

President Maduro expressed his deep pain at the tragic balance of the accident that occurred on the Pan-American highway, Barranca, Peru, with two dead and six Venezuelans wounded, who were walking back to the country and were hit by a truck. “We do not know if it was intentional, I am informed at this time that there are two dead and six wounded, including one who lost his legs,” he added.

The national president added that the Bolivarian government is prepared to go looking for all the nationals abroad who want to return to their homeland with a fleet of 24 Conviasa aircraft, but the coercive measures imposed against the country do not allow the use of Venezuelan resources to pay for buses that allow the transfer of Venezuelans to the border.

“We are going to pay for buses and do whatever it takes (…) let’s find out how to pay, thinking out of the box, to hire buses in Bogotá, let’s look for alternatives, prepaid, postpaid, whatever, but we are going to look for Venezuelans,” he stressed.

President Maduro reported that to date a total of 22,654 Venezuelans have entered the national territory fleeing from Chile, Peru, Ecuador, Colombia and Brazil.

Of these compatriots, 13,162 have entered through the Táchira state, 4,132 through Zulia and 3,600 through Apure, referring only to the border with Colombia.