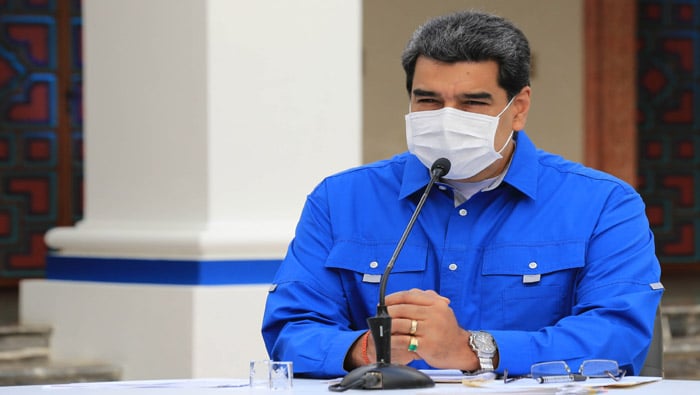 Venezuelan President Nicolas Maduro reported 16 cases of Venezuelans who died of Covid-19 coronavirus while in other countries. The figure is higher than that of the deceased in Venezuela, which so far is ten. He read a preliminary list of verified cases, issued by the Venezuelan Foreign Ministry. He expressed his condolences for all of them. “I say to all Venezuelans: Come to be cured in your homeland,” stressed the President. “Here we receive them with love and respect. We have safety and health protocols for when upon arrival.” He ordered the Minister of Sport, Pedro Infante, to watch over the health of athletes abroad and help those who want to return.

President Maduro said about the cases of Venezuelans who died abroad: “They have all hurt me, but especially a 22-year-old girl, athlete of the Olympic National Team, international badminton medalist, I met her: Michelle Martínez Machuca, from Guárico state”, from Tucupido. “She went to Medellín (Colombia). They hired her there. She used to work and there she was an instructor at a local club, and she trained. She was from our national team. Full of pride. She was born on October 3, 1997,” said Maduro.

“Six days ago in Medallin, she called the numbers that are given in Colombia for a health emergency. They answered her call, heard all the symptoms and told her on the phone that she should isolate herself. They did not do any tests, no doctor called her again, they did not visit her. Today she suffered respiratory complications and died. She fell in the bathroom of her house in Medellín, unattended. Alone. This girl, our medalist … died alone, totally abandoned! How painful, not being able to help her, maybe if she had a phone number for us here. I don’t know what we would have done, but we would have helped her.”

The President pointed out that, if she had been in Venezuela, Barrio Adentro would have immediately been dispatched, she would have been in a Comprehensive Diagnosis Center and the pertinent treatments recommended by the World Health Organization (WHO) would have been applied. “We would have her alive, with us!” said the President.

Maduro ordered the Sports Minister, Pedro Infante, to personally attend to all the athletes who are abroad, “and bring them one by one if they want to come.”

RELATED CONTENT: Cuba Nominated for Nobel Peace Prize for its Fight Against Covid-19

The cases
The Venezuelan Head of State also reported 15 other cases:

The President highlighted how the Covid-19 pandemic has affected countries like Brazil, Ecuador or Colombia.

“I say to all Venezuelans: Come to be cured in your country. Here we receive them with love and respect. We have safety and health protocols when you arrive, and when we can take you home, you will arrive healthy. With your children, if you are with them. Come to Venezuela! The doors and borders of Venezuela are open to Venezuelans! “Maduro said. “Do not be fooled!”

Migration Colombia lies
He strongly denied the version of “Migración Colombia”, according to which they keep hundreds of Venezuelans stranded for several days on the roads of the neighboring country, telling them that they could not pass because “Maduro has closed borders and does not let anyone to pass.” “Migration Colombia lies! The border is open to all Venezuelans who want to return to their doors to save themselves. With visits house to house! But: with order, fulfilling the protocol of security and health, doing the blood test to each one respecting his quarantine.”

“Rest assured, all Venezuelans that we are not going to allow them to contaminate us from Colombia. I assure you! We will have all kind of extreme security measures ».

On Colombia Migration, he reiterated that they are “liars and racists”.