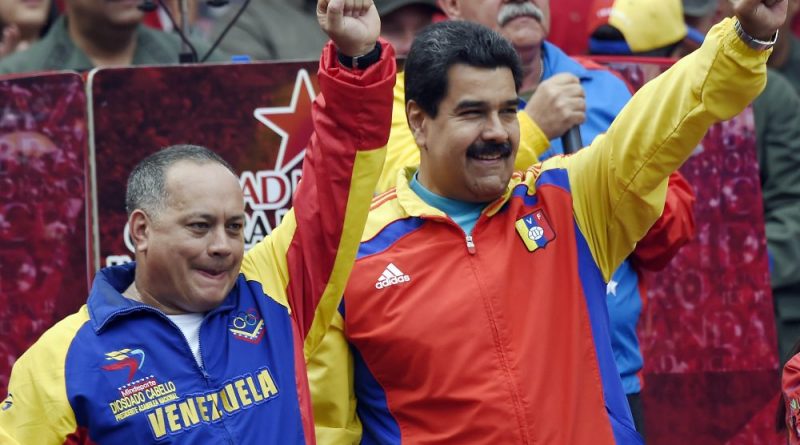 During the weekly TV show of Diosdado Cabello, “Con el Mazo Dando”, President Maduro announced the withdrawal of Venezuela from the Negotiation Table set up in Bahamas within the framework of the Norway talks.

“I accept your proposal Diosdado, the proposal of the Great Patriotic Pole and the proposal of too many others that demanded more radical measures” said the President referring to the new unilateral coercive measures announced by the Trump regime and applauded by its local puppets.

“Enough is enough, I already took the decision to stop everything”, said the President of Venezuela.

“Our team was ready to travel to Bahamas but I just finished talking with the head of our delegation, Jorge Rodriguez, and asked him to stop it and to formalize the decision to the Norwegian authorities,” added Nicolas Maduro.

The head of the delegation, Jorge Rodriguez posted on twitter a few minutes later a communique announcing the decision and remarking that in view of this new aggression from the US “we have noted with deep indignation that the Chief of the opposition delegation, Juan Guaidó, celebrates, promotes and supports these actions.”

“I also want to announce that a new initiative to stop impunity alongside the National Constituent assembly will be launched in the next few days” to deal with all the cases of anti-chavista operators breaking the laws, said Maduro.

It is worth mentioning that yesterday a twitter trend positioned itself in Venezuela calling to jail Juan Guaidó. The hashtag used was #GuaidoPresoYa (#GuaidoInJailnow) and was not promoted by the government itself but by the grassroot Chavismo tired of the recent atrocities launched by the US government in complicity with the Venezuelan political anti-Chavismo and in the face of the tough economic situation they are confronting.

Maduro said that he is, perhaps, the only President and political leader who talks with those who have tried bomb him, that try to overthrow him with weapons and call for a foreign invasion. “There is no other case we could cite.” He indicated that he, for his part, has remained in dialogue with these sectors, following the guidelines given by Commander Hugo Chavez in life. “You have to talk, swallow sand and talk again to find peace, constitutionality, stability for the country, respect for our people.”