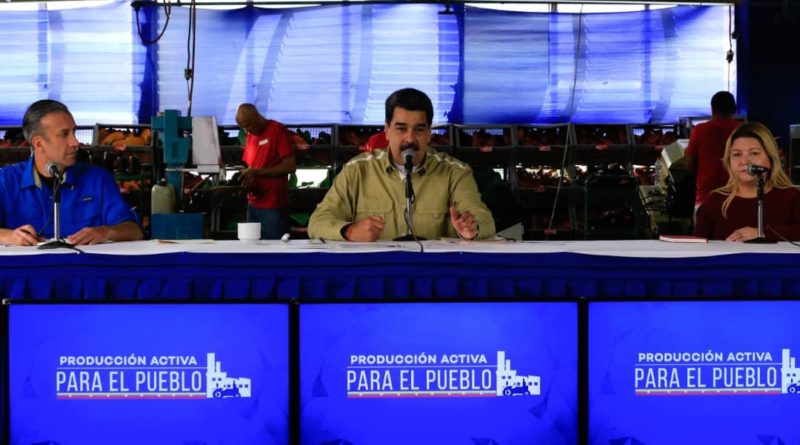 On Wednesday Venezuelan President Nicolás Maduro to the administration of Iván Duque the reestablishing of consular relations between the two governments, as a way to solve problems between both countries, including the delivery of former Colombian congresswoman and fugitive Aída Merlano, captured in Venezuela last Monday, as well as another 29 requested by that country that have been detained in Venezuelan territory.

“I reaffirm my willingness to restore consular relations with the Colombian government so that we have fluid and respectful communications, despite our differences. I call for the leaving behind of ideological and political extremisms. Enough of such folly!” said the president.

He added that, during the administrations of other Colombian presidents with whom there were profound differences, such as that of Juan Manuel Santos or Álvaro Uribe, 90% of the relations were cooperative. “Venezuela has captured drug lords and we sent them to Colombia immediately, because there was communication despite the differences.”

Maduro said that his counterpart Iván Duque has shown that he is not a statesman and is not up to the leadership of the Colombian State. “Iván Duque said again that he will request the senator from Juan Guaidó. It is a bad joke, the intention of the Colombian government to request the ex-tradition of Mrs. Aida Merlano from the self-proclaimed”, he emphasized.

In that sense, he said that the Colombian president led bilateral relations between Venezuela and Colombia through extremism and to a point never seen in international law.

He explained that Venezuela, complying with international laws, proceeded to make a search to capture some Colombian citizens, an action in which former Congresswoman Aída Merlano was apprehended. “Immediately, Interpol from Colombia and the authorities of that nation were notified,” he said.

“Venezuela and Colombia are neighboring countries and no matter what difference we have between presidents or governments, we have more than 30 captured people requested by Interpol Colombia and we do not know who to deliver them to because the government of Iván Duque has not requested them,” said President Maduro.

RELATED CONTENT: The People of Colombia are Cracking the Walls of War and Authoritarism

President Nicolás Maduro questioned the reasons why the Colombian head of state, Iván Duque, discarded his proposal to reactivate consular relations between both countries.

“President Iván Duque said that he will not open Colombia’s consulates in Venezuela because there is a lot of violence here, so all the consulates of the world in Colombia would have to close, according to that logic,” he said referring to the dramatic figures of violence in Colombia, including the systematic killing social leftist leaders, guerrilla, paramilitary groups, among others forms of violence.

The president described the refusal of his Colombian counterpart as ideological extremism and said that Duque puts his partisan interests above his own country’s interests.