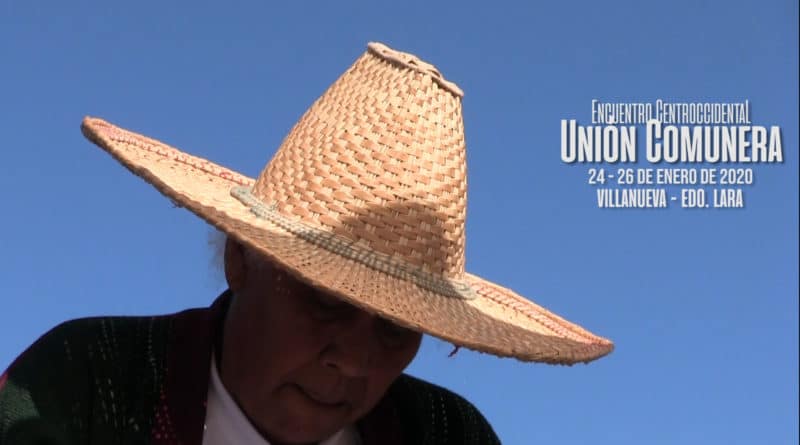 As the former minister and renowned community leader, Reinaldo Iturriza, announced through his Twitter account, @ReinaldoI, this morning, that a heavily armed group stormed the grounds of the former Finca Las Lomas – also known as FUDECO – in Villanueva (Lara), with the objective of evicting the villagers who recovered the space, abandoned for years, in January 2019 and owned by the Venezuelan Coffee Corporation.

At present, according to the communiqué published by the promotion team of the Communal Union, more than 170 families are settled on the farm, which have 17 hectares of coffee planted, in addition to smaller crops of sweet pepper, corn, cassava, black beans and bananas, among other crops.

For Iturriza, the trigger was the Regional Congress of the Communal Union, a central-western chapter, which culminated successfully on the disputed location just four days ago, a matter that was not to the liking of local landowners, who, according to denounciations by members of the United Sectors Commune, are in alliance with corrupt sectors within the State.

In this regard, the leader said: “Last Friday, January 24, during the start of the Regional Congress of the Communal Union, we very loudly sang the “Oligarchs, tremble” song. That was not to the liking of landowners in the area, nor the corrupt elements that do so much damage within the State.”

In the same order of ideas, in statements collected by the ALBA TV community television station, the commune members are directly pointing at Alfredo Mora, president of the Venezuelan Coffee Corporation for this violence.

“In the early hours of the morning the Sanare Brigade stormed the premises and here they gathered in the courtyards. (…) We have been talking and right now there is a meeting of them to [determine the facts], because many of them were brought in deceived by Colonel Mora, who is the one who is pushing to get us out of the land,” said Carlos Terán, a farmer resident.

Likewise, in the aforementioned Communal Union communiqué, the signers assert that “the first information also says that there is a clear connection of Félix Saavedra with Gabriel Pérez, an area grower and leader of the PSUV, all in coordination with Colonel Mora, president of the Venezuelan Coffee Corporation”, which would reinforce the information disseminated by former Minister Reinaldo Iturriza in the early hours of Thursday morning.

RELATED CONTENT: Battling with Beans and Rice: Food Sovereignty as a Defense Against US Imperialism – Venezuelan Comunero in Nicaragua (Interview)

Today’s incident is added to another confrontation between the villagers of Villanueva and elements within the Venezuelan State outside the popular and peasant interests, which occurred last year: a few days after the capture, members of the Venezuelan Coffee Corporation arrived at the site in the company of Special Forces Forces (FAES) personnel and detained some residents for more than two months, with the aim of forcing the eviction of the occupied space.

Finally, the detainees were released and the United Sectors Commune advanced in the recovery of the farm, until this Thursday when another conflict occurred, but with a visible change of tactics: instead of being the security forces who led the operation, it was a matter of an assault coordinated by an irregular group.

“At 5 in the morning the Orca Orca arrived, so they called themselves, with balaclavas, long and short weapons,” said Dioselis del Valle Rangel, member of the Algeria Laya Collective, to the ALBA TV team.

In Iturriza’s opinion, the armed actions of today have their explanation in that “the coffee farmers in the area, firmly supported by the Venezuelan Coffee Corporation, want to take control of the land recovered by the United Sectors Community of Villanueva. That is, usurp the land that the peasant and community people work today.”

On the other hand, in its communiqué repudiating today’s actions, the Communal Union team calls “on Chavismo that embraces the flags of socialism, the fight against neglect and corruption, who share the actions against the landowners, the idle land and the abandonment strategy to then privatize the assets of the nation with its back to the people”, to be united with the struggle of the comunerxs to achieve the communal transfer of the land they are working on today.

Also, at the end of the text, they reproach the head of state, Nicolás Maduro, because “in his name, this institution (the Venezuelan Coffee Corporation) tries to demolish the popular Chavista force” and demand the immediate departure of Colonel Mora from the presidency of said public entity.