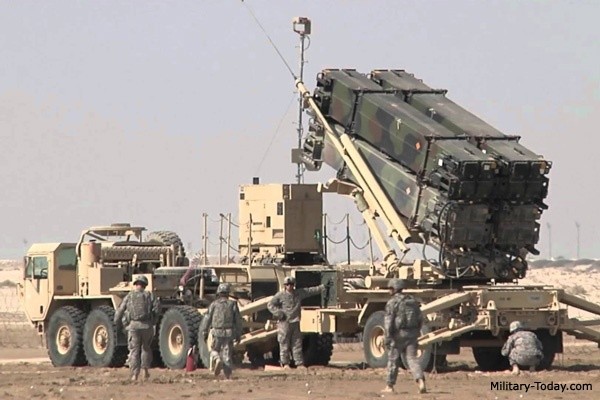 “Where are the infallible US Patriot Missiles”, said the Venezuelan international expert Basen Tajaldine

Putin’s remark, at a press conference with Iranian President Hassan Rouhani and Turkish President Recep Tayyip Erdoğan, came after U.S. officials said that Iran is likely to blame for the attacks over the weekend on two crucial Saudi oil processing facilities, which Tehran denies. In response, U.S. President Donald Trump pronounced his country “locked and loaded.”

The Russian president’s comments were clearly aimed more at Washington than at Riyadh, and both Rouhani and Iranian Foreign Minister Mohammad Javad Zarif took visible delight in the trolling of the blustery American president, laughing heartily as Putin spoke with a devious glint in his eye.

“We are ready to help Saudi Arabia to protect their people,” Putin said at the news conference, which followed the latest meeting of the Russian, Iranian and Turkish leaders aimed at achieving a peace settlement in Syria through a diplomatic effort known as the “Astana process.”

“And they need to make one clever decision as Iran did, buying our S-300, and as Mr. Erdoğan did by deciding to buy the most advanced S-400 Triumph air defense systems from Russia,” Putin continued. “These kinds of systems are capable of defending any kind of infrastructure in Saudi Arabia from any kind of attack.”

It was a masterful bit of trolling, even by the standards of Putin, who is well-known for taunting his adversaries.

The United States had long opposed the sale of the S-300 air defense system to Tehran. For nearly a decade, Russia refused to complete the sale under a deal signed in 2007, first bowing to pressure from the U.S. and Israel, and later in complying with U.N. sanctions imposed over Iran’s nuclear program. But delivery of the surface-to-air missile system was completed in 2016, after the signing of the Iran nuclear agreement, known as the Joint Comprehensive Plan of Action (JCPOA), which Trump unilaterally abandoned last year.

Similarly, Washington had complained loudly about Turkey’s plan to buy the more advanced S-400 system, and had even threatened harsh punishment of Turkey, a NATO ally. The Trump administration had urged Erdoğan to instead buy the Patriot air defense system, made by Raytheon, a U.S. defense contractor.

Turkey went ahead with the purchase anyway, and in response, the Trump administration barred Turkey from the U.S. F-35 fighter jet project. But Trump has been urged to punish Turkey more severely, including by the House foreign affairs committee, which last month called on the White House to impose sanctions.

Beyond the disputes over air defense systems, Saudi Arabia is also one of the biggest buyers of U.S.-made weapons and other military hardware and Trump has repeatedly boasted about brokering major deals with Riyadh. Trump even vetoed an effort by the U.S. Congress to block arms sales to Saudi Arabia as punishment over the killing of Washington Post columnist Jamal Khashoggi.

Following a bilateral meeting with Rouhani on Monday, Putin stressed Russia’s continuing support for the JCPOA despite Trump’s withdrawal. And both the Iranian and Russian leaders spoke about the success of their efforts to improve economic ties.

Russia is the world’s third-largest oil producer after the U.S. and Saudi Arabia, so it potentially stands to benefit from any interruption of Saudi oil production as well as from the spike in worldwide oil prices that followed the attacks over the weekend.

But the attack and Trump’s response also gives Putin the opportunity to highlight Washington’s diminished influence in the Middle East, as well as Trump’s isolation on the issue of the Iran nuclear deal. The EU and the other European guarantors of the JCPOA , France, Germany and the United Kingdom, have remained committed to the deal despite Trump’s pullout. Critics of Trump say he is at fault for the tensions that led to the attack over the weekend because of his withdrawal from the nuclear deal.

Trump, however, has long insisted that the JCPOA, negotiated by former President Barack Obama, had failed to address Iran’s role in a key aspect of regional military conflicts, as well as its support for terrorism.

French President Emmanuel Macron has been working to broker a meeting between Trump and Rouhani aimed at easing tensions and reducing the risk of war. Trump had said he would be open to such talks, but Tehran has now ruled out any possibility of such a meeting on the sidelines of the United Nations General Assembly meeting next week in New York. 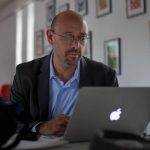 Before joining POLITICO, David worked for more than 20 years at The New York Times, as a reporter, Washington correspondent and foreign correspondent based in Moscow.

During stints in Washington, D.C. from 2007 to 2011, and 2015-16, David covered Congress and US politics and policy, including coverage of the financial crisis in 2008, the bank bailouts and auto industry bailouts, the economic stimulus plan, the Dodd-Frank financial regulation overhaul, and the development and passage of the Affordable Care Act, aka Obamacare, as well as numerous budget fights and stand-offs over the debt ceiling.

David M. Herszenhorn is chief Brussels correspondent of POLITICO. Before joining POLITICO, David worked for more than 20 years at The New York Times, as a reporter, Washington correspondent and foreign correspondent based in Moscow. During stints in Washington, D.C. from 2007 to 2011, and 2015-16, David covered Congress and US politics and policy, including coverage of the financial crisis in 2008, the bank bailouts and auto industry bailouts, the economic stimulus plan, the Dodd-Frank financial regulation overhaul, and the development and passage of the Affordable Care Act, aka Obamacare, as well as numerous budget fights and stand-offs over the debt ceiling.