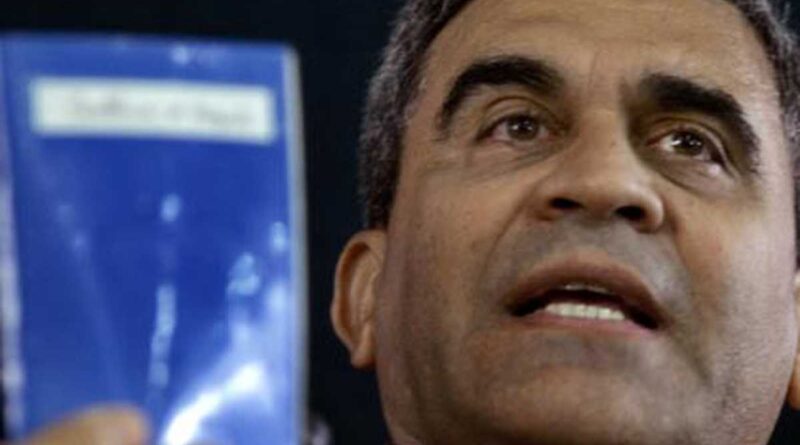 After suffering complications associated with a COVID-19 infection, Raúl Isaías Baduel, former Venezuelan defense minister and military officer, died this Tuesday, October 12, in Caracas. A top commander, Baduel deserted from the ranks of Chavismo and faced charges for acts of corruption that led to his arrest in 2009.

Baduel’s death was reported via Twitter by the Attorney General of the Bolivarian Republic of Venezuela, Tarek William Saab, who sent condolences to the family and friends of the general, who served as commander-in-chief of Venezuela’s Army from 2004 to 2006, and minister of defense from 2006 to 2007, after playing a key role in neutralizing the coup d’état against former president Hugo Chávez in April 2002.

“We regret the death of Raúl Isaías Baduel from a cardiorespiratory arrest caused by COVID-19, while the corresponding medical care was applied, and after he had received the first dose of the vaccine,” wrote the head of the Public Ministry. “We convey our condolences to his family and friends.”

Similarly, the Minister for Penitentiary Services, Mirelys Contreras, spoke about the case. The official confirmed that Baduel remained in his place of detention and was receiving appropriate medical care.

Baduel’s trajectory
After working for years as a soldier very close to then-President Hugo Chávez, Baduel betrayed him, according to the commander’s own words. The general opposed the constitutional reform proposed by the leader of the Bolivarian Revolution in 2007.

“Raúl Isaías Baduel has fallen into a pit,” said Chávez at the time. “It seems that it was inevitable… He gave us a stab in the back when he stated that the approval of the constitutional reform would be like committing a coup against Venezuela.”

The dissident general of Chavismo received a benefit from the Venezuelan justice system, which allowed him to be released on probation after serving six years of his term, following Baduel’s conviction for acts of corruption committed during his tenure as defense minister.

Baduel, a graduate in military arts and sciences, was born in Guárico state on July 6, 1955. He belonged to the 1976 Brigadier General Francisco Carabaño graduating class of Venezuela’s Military Academy.

Two sons of Baduel were detained by Venezuelan law enforcement agencies due to their participation in violent insurrections and plots. Raul Emilio was arrested for his alleged involvement in a coup plot, and has since been released, while Josnars Adolfo Baduel was captured among the mercenaries participating in the Gideon Operation in 2020, and remains in prison.

Venezuela rejects Bachelet’s statements
In a statement issued earlier today, Venezuela rejected the pronouncement of the Office of the UN High Commissioner for Human Rights, Michelle Bachelet, regarding persons incarcerated in Venezuela, one day after the death of Baduel.

Bachelet’s office expressed its regret for the death—while in detention—of former Defense Minister Raúl Isaías Baduel, and urged the Venezuelan government to guarantee “an independent investigation and medical care for all those detained,” among other demands.

In this regard, the Venezuelan government emphasized that it guarantees all persons deprived of liberty the enjoyment of their human rights, including healthcare services, as has been verified by the Office of the High Commissioner in 33 visits to prisons.

It added that there are no arbitrarily detained persons in Venezuela. “Each and every one of the persons deprived of liberty is subject to criminal proceedings conducted by the organs of the justice system, with all the guarantees for a fair trial,” said the document issued by the Venezuelan Foreign Affairs Ministry, published by Minister Felix Plasencia on his Twitter account.

In addition, the Venezuelan government expressed its disappointment that the UN Office for Human Rights systematically yields to pressure from elements that intend to use multilateral organizations for political purposes.