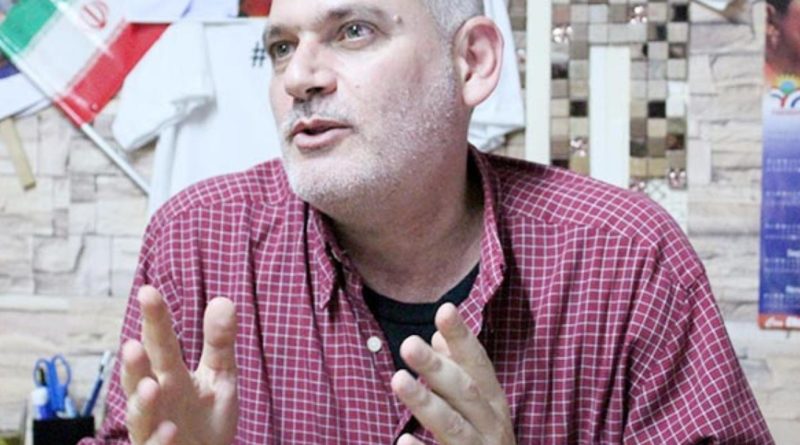 This May 27, the former deputy Adel El Zabayar spoke in reference to the allegation that the US Department of Justice launched against him, pointing him out as a “narcoterrorist”. Through his Twitter account he urged the US to present their accusation under the tutelage of the United Nations (UN).

“Pay for my ticket and stay in the US, present your charges under UN observation. If you don’t do it, just take your lies and bathe in them. US narco-terrorist government”.

Likewise, he stressed that he was honored that the United States attacks him for his defense of Syria and Venezuela.

“It is an honor that the great enemies of my native country, Venezuela and ancestral Syria, have the nerve to invent so much injury. It means that we are doing well. Let’s keep going, Syria and Venezuela will win,” he said.

RELATED CONTENT: US Mercenaries Going “Go Fund Me”: Jordan Goudreau Told Them US Government Supported the Operation
For his part, Venezuelan Foreign Minister Jorge Arreaza expressed his support and that of President Nicolás Maduro, with the combatant El Zabayar against the “infamous and fantastical accusations.” Adel El Zabayar, currently serves as president of the Federation of Arab Associations and Entities of Venezuela.

The president of the National Constituent Assembly (ANC), Diosdado Cabello, also did the same in defense of the militant Adel El Zabayar, this Wednesday on his TV show “Con el Mazo Dando”.