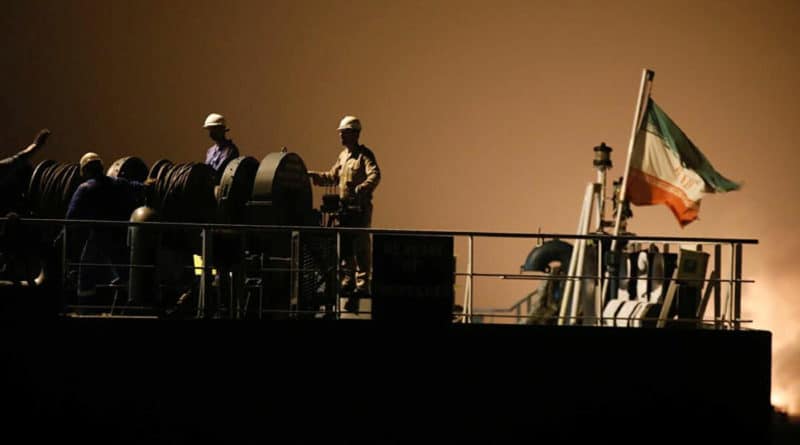 US newspaper Wall Street Journal published a piece referring to “anonymous US officials”, who confessed how the Donald Trump regime commits crimes against humanity and against Venezuelans by preventing and blocking access to supplies. and products necessary for life.

Officials confess that the United States had recently thwarted two ships loaded with Iranian gasoline that was being transported in tankers by a Greek company to ease the acute fuel shortage in Venezuela, a result of the same US sanctions.

According to the confession, the United States government interrupted planned deliveries of gasoline from Iran to Venezuela by two Greek shipswhich also carried other p, roducts necessary for the oil industry, with threats of sanctions.

US officials explained to The Wall Street Journal that Greek oil tankers were threatened with loss of access to insurance and international banking if they continued on their way to Venezuela.

“We have been in contact with the shipowners, and they are at great risk of sanctions. The ships are not currently heading to Venezuela,” said” a senior US official, “who said the two ships are currently in Cape Verde, off the coast of Senegal.”

The Wall Street Journal reported that Liberia, which is where the ships are registered, withdrew the ships’ accreditation last week after the US State Department’s Action Group against Iran threatened the government of that country.

State Department officials warned the owners of the tankers, two companies registered in Greece, that they would face sanctions and legal action by the United States if the ships did not return. Both left the flotilla, according to monitoring data and officials, the newspaper reports.

Trump regime officials also told The Wall Street Journal that they are considering other alternatives to prevent the arrival of ships such as blocking or causing allied nations to traverse the waters in which oil tankers sail to take over the ships as violators of penalties.

This is more evidence the Venezuelan government will use in the process initiated in the International Criminal Court against the US regime. It represents a multilevel attack to suffocate Iran and Venezuela regardless of the suffering of their people.