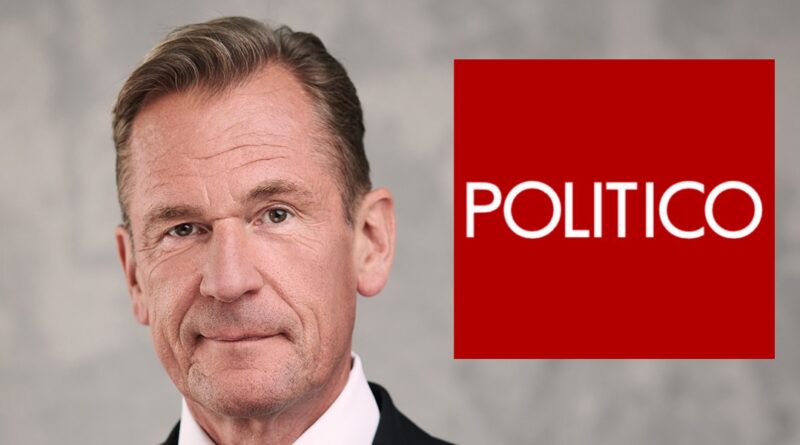 The billionaire CEO of the multibillion-dollar corporation that recently purchased the news media outlet Politico has said that its newly acquired employees will be required to support Israel and the capitalist world order.

In a recent interview with The Wall Street Journal, Mathias Döpfner, CEO of the German publisher Axel Springer, said that Politico staffers will be required to adhere to a set of principles which include “support for a united Europe, Israel’s right to exist and a free-market economy, among others.”

“These values are like a constitution, they apply to every employee of our company,” Mr. Döpfner told WSJ. People with a fundamental problem with any of these principles “should not work for Axel Springer, very clearly,” he said.

I mean, how refreshing is that? How often does a billionaire corporation buy up a media property and just straightforwardly tell you they’re going to be using it to push propaganda? They even say what the propaganda will be. It makes you feel like your intelligence is being respected.

RELATED CONTENT: The Richer you are the Creepier you Get: Notes from the Edge of the Narrative Matrix

German publisher Axel Springer, Politico's new owner, said support for Israel, for a united Europe and a free-market economy 'are like a constitution, they apply to every employee of our company.' Those who disagreed 'should not work for Axel Springer' https://t.co/WInT6lGvdk

Supporting global capitalism and defending the Israeli apartheid regime are both very standard positions promoted by all billionaire media outlets in the western world; they just aren’t normally honest enough to tell you that. Normally they pretend to be an objective free press reporting truthfully about what’s going on in the world; their executives do not customarily come forward to explain the specific establishment biases its reporters will need to promote if they don’t want to be fired. That sort of thing normally happens a lot more subtly.

Can you imagine if Jeff Bezos had purchased the Washington Post in 2013 and been open about the fact that billionaires need to buy up narrative control to protect the status quo upon which their sprawling kingdoms are built? If he’d just come right out and announced ahead of time all the ugly plutocratic propaganda his outlet would be promoting on his behalf? I think that would have been far better than the feigned objectivity we normally get from these people.

Döpfner is reportedly worth over a billion dollars, and Axel Springer is worth an estimated $6.8 billion. He is married to the daughter of a former management board member of Deutsche Bank. So propagandizing the public in favor of “a free-market economy” as opposed to a centrally planned economy or an economy built to benefit the needful and the environment is a no brainer.

Döpfner has called himself a non-Jewish Zionist, and has long called support for Israel “a German duty.” While I am sure there are better ways for Germany to atone for its past than to back a racist apartheid ethnostate which imprisons a persecuted ethnic and religious demographic in an open air concentration camp to the geostrategic advantage of today’s genocidal imperialist western powerbased in Washington DC, the transparency is refreshing to hear from someone who will be manipulating public thought on such matters going forward.

[Thread] The Washington Post presents itself as an adversarial newspaper.

But it consistently defends the interests of the wealthy and powerful (including its owner Jeff Bezos).

And I just think that’s wonderful. If the Germans can spread some of their world-renowned frankness throughout the operation of mass-scale plutocratic propaganda, we’ll all be better off for it.

As soon as someone rises to a certain level of wealth, they very often begin buying up narrative control in the form of media outlets, conveniently placed advertising in news media, PR firms, online platforms, funding for think tanks and NGOs, “philanthropy“, and other ways of manipulating how people think at mass scale. This is because if people weren’t trained how to think about things, they would never consent to allowing so much of the world’s wealth and power to go toward so very few people who are so consistently ill-suited to rule the world for the benefit of everyone.

Plutocrats who fail to manufacture the consent of their subjects have historically wound up with their heads in baskets. That’s why they work so hard to manipulate the way the public thinks, acts and votes, and that’s why our society is as messed up as it is.