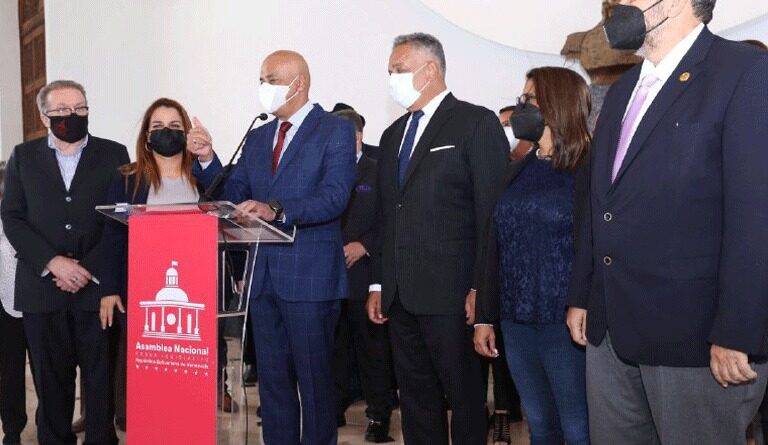 On Wednesday, October 20, the President of Venezuela’s National Assembly (AN), Jorge Rodríguez, confirmed the Venezuelan Parliament’s willingness to re-establish bilateral relations with Colombia.

Rodríguez explained that on Tuesday he received a letter from the President of the Colombian senate, Juan Diego Gómez of the Conservative Party—a close associate of former president Andrés Pastrana—informing him of the proposal to create a Parliamentary committee with Venezuela in order to normalize diplomatic and commercial relations between the two countries.

The proposal would constitute a measure to protect Colombian companies in Venezuela and vice versa, and to ensure good commercial practices between both countries.

For many analysts, the letter represents a tacit recognition of the legitimate Venezuelan National Assembly, despite the fact that since 2019 Colombian authorities have been a self-declared enemy of the Venezuelan government and had only recognized the fictional government of former deputy Juan Guaidó. According to the letter, which was addressed to Jorge Rodriguez and not to former deputy Guaidó, the proposal was unanimously approved by the Senate of the Congress of Colombia, in a plenary session on Tuesday, October 19.

For this reason, Venezuela’s National Assembly will convene this Thursday, October 21, at 11:30 a.m. to discuss the formation of a committee to work on the normalization of diplomatic and commercial relations with Colombia.

“We are ready to establish any type of coordination necessary with the president of the Senate of the Congress of Colombia, Juan Diego Gómez, and the committee designated for this purpose, with the objective of complying with the three elements contained in that Proposition No. 034 of 2021,” stated Rodríguez.

President Maduro celebrates the move
The President of Venezuela, Nicolás Maduro, celebrated the creation of the bilateral committee. “We applaud the initiative taken by the Legislative Power of Colombia,” said the head of state. “Colombia and Venezuela must be at peace and normalize diplomatic and commercial relations,” Maduro spoke from a special event in Waraira Repano National Park commemorating nine years since Hugo Chávez’s famous “Strike at the Helm” speech.

President Maduro stressed that he welcomes the decision because it is necessary to resolve problems peacefully. “In Colombia there are six thousand Venezuelans without consular assistance, and in Venezuela we have six million Colombians,” said President Maduro.

Featured image: Venezuelan MPs from Chavismo and the opposition in a press conference this Wednesday, October 20. Photo courtesy of Wilmer Errades, Últimas Noticias.