So the Facebook “whistleblower” all the mass media are loudly amplifying today is pushing for regulations that Facebook just happens to fully support, likely because the trillion-dollar corporation knows it will impose costs that make the emergence of future competitors impossible?

Cool. That’s not suspicious at all.

They said we need internet censorship because Russia.

They said we need internet censorship because Covid.

They said we need internet censorship because election security.

They said we need internet censorship because Capitol riot.

They said we need internet censorship because domestic extremists.

Now they say we need internet censorship because Facebook whistleblower.

It’s so lucky how the political/media class and US intelligence agencies have been so very solemnly concerned that we have too much free speech on the internet and they just keep happening to get these viral news stories which show that internet censorship is a dire necessity.

Chevron literally sentenced a guy to prison and a new Bloomberg article argues that Amazon and Facebook should be made UN members and New Statesman argues that “tech billionaires are the new revolutionaries” and the mainstreaming of psychedelics is driven by corporate investors.

Corporations, politicians, media, military and intelligence agencies are all the same class, and they have far better class solidarity than the rest of us.

Crazy how we learned the CIA planned to assassinate Assange and spied on him and his lawyers and the US prosecution relied heavily on false testimony from a diagnosed sociopath and convicted child molester and we’re still like “Man I hope the extradition case gets dropped.”

That’s how bad things are.

Really rich people are creepy and they do creepy things. Billionaires spend a lot on media influence to manufacture consent for their existence and for the status quo their kingdoms are built on, but also because they need lots of PR assistance since they’re so fucking creepy. 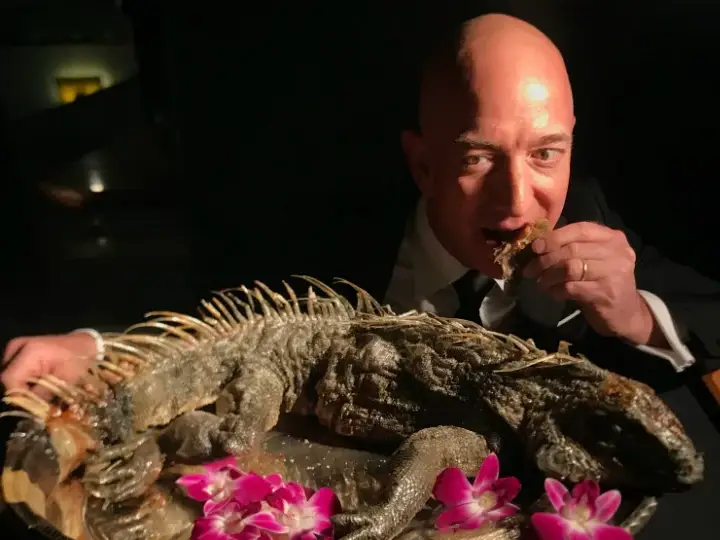 The richer you are the more divorced from normality you become. You don’t even know how a normal person acts. It never even occurs to you that people will think you look creepy devouring a baked lizard or buying up vast swathes of America’s farmland.

You lose the part of yourself that goes “Hmm, better not do that publicly, people will think I’m creepy.”

A Bill Gates Venture Aims To Spray Dust Into The Atmosphere To Block The Sun. What Could Go Wrong? https://t.co/soIBZeqSQH

Before you know it you’re blasting off on a $5 billion carnival ride to space in a rocket that looks like a penis going “Yeah, this is fine. This is just normal stuff.” 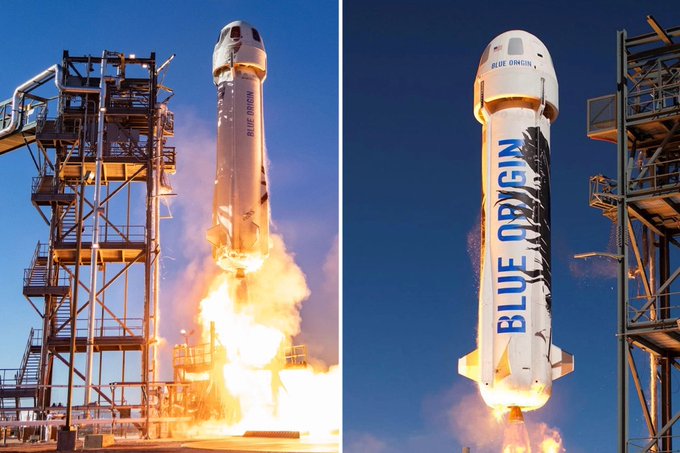 Elon Musk says his brain technology company, Neuralink, has implanted a device in a monkey's brain, and hopes to make it play games in its own mind. https://t.co/Ig3zkSL1cl pic.twitter.com/D1ULVwEwns

Just coming right out and saying you want to ship all the normal people into space to breed in giant rotating cylinders? That’s creepy. That’s really, really creepy.

"Bezos then went on to discuss his plan to ship humans off of the best planet in the solar system and send them to live in floating cylinders in space."https://t.co/Ps7iMvwfwA

And what’s even creepier is the ways they’re trying to cheat death so we’ll be stuck with these freaks forever.

‘evergarchs’— billionaire oligarchs who can extend their lives indefinitely HOW BILLIONAIRES PLAN TO LIVE FOREVER https://t.co/wzlZgfG5Ms

As soon as the subject turns to Israel AOC always loses all linguistic faculties and transforms into this weird babbling space alien.

On Sunday, @AOC was asked about her “present” vote on a bill that allocates an extra $1 billion to Israel.

She defended her decision: “In the micro, I do believe that this created a window in our community to be able to bring all folks to the table…” pic.twitter.com/W95xxiPhZx

This is the same kind of indecipherable word salad as her initial statement on her “present” vote on Iron Dome funding, and it’s the same as her word salading when she was questioned about Palestinian rights a few months earlier.

Word salading is sometimes called “narc speak“, because it’s a technique often used by narcissists to confuse, overwhelm, and exert control over their target.

The farthest-left politicians in the most powerful government on earth just believe capitalism should be a little less abusive and the empire should be a tiny bit less murderous.

If your country’s political moderates support war, militarism, ecocide and authoritarianism, it means you are governed by violent extremists.

Don’t defend officials from your government. Just don’t do it. Do whatever you need to do to drive that power-worshipping, propaganda-instilled impulse from your mind and flush it down the toilet where it belongs.

Calls for civility toward government officials are always power-serving and anti-populist in nature. They’re born of an elitist fear that the common riff raff may realize their true power.

Futurists who predict an imminent explosion of innovation enabling a human biotechnology fusion which exponentially enhances people’s brains, senses and lifespans fail to appreciate that those technologies will inevitably be under the control of sociopathic intelligence agencies.

This believing we’re our bodies thing is driving everyone crazier and crazier in all sorts of ways and eventually we’re just gonna have to snap out of it and wake up to our true nature.