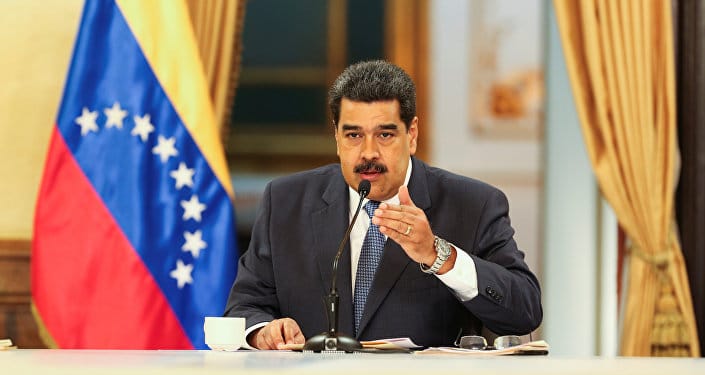 On May 4th, 2022, Midwestern Marx received an email from POLITICO asking for a statement from our Editor and TikTok handler, Edward Liger Smith, concerning his support for Nicolas Maduro and the Venezuelan socialist project in light of Maduro’s and PSUV’s  so-called regressive “policies regarding polices brutality, feminism and LGBT rights.” The article POLITICO published omitted Edward’s comments, so we wish to include those here.

My name is Eddie Smith, but I usually use Eddie Liger as a pseudonym when producing online political content.

Here are three articles I have written on this subject of Venezuela.

This is my undergraduate senior thesis which focuses on US imperialism towards Venezuela and the US Media portrayal of the situation in Venezuela: https://www.midwesternmarx.com/articles/neo-colonialism-in-venezuela-and-its-coverage-in-western-media-by-edward-liger-smith

This is a critique of the Maduro Government I published after he was criticized by some Chavista socialists in Venezuela: https://www.midwesternmarx.com/articles/venezuelas-anti-blockade-law-a-critique-of-maduro-and-the-lies-of-western-media-by-edward-liger-smith

This is an article I co-authored with my co-editor Carlos Garrido about the recent wave of socialist Governments coming to power in Latin America and what it means for the future:
https://www.internationalmagz.com/articles/post-110_marxist_analysis_latin_america

These articles should give you a good idea of my general positions on Venezuela, and why I criticize US foreign policy in Latin America. However, here’s a statement responding to your question specifically.

Statement: Western Media outlets tend to focus their coverage of Venezuela on the Maduro Government and Nicolas Maduro Himself, usually portraying the former bus driver turned President as a dictator, and warning of human rights abuses he’s committed against the Venezuelan people. However, Western media tends to omit information about US hostility towards Venezuela, particularly the 15 year long economic sanction regime. By ignoring the effects of US policy on the Venezuelan economy and people, US media largely ignores the historical context which led to Venezuela’s current situation, and the context that Maduro is currently acting within. Most Western coverage simplifies the situation, portraying Maduro as a comic book style tyrant ruling over his people with an iron fist, which is simply not an accurate portrayal of the complexities existent in Venezuelan politics.

The Bolivarian Revolution in Venezuela, which brought Hugo Chavez to power in the late 1990s, was not a top down movement implementing a dictatorship. Rather, it was a grassroots movement organized by and for the Venezuelan people, and against the years of colonial expropriation and exploitation Venezuela had been subjected to by Western Oligarchs. It is the revolution that I support, not an individual man; I support the Venezuelan workers and Chavista Socialist Leaders, who often have criticisms of the Maduro Government in relation to police brutality, economic policy, social policy, etc. My support for Maduro extends as far as the Venezuelan people’s. While he is not a perfect leader, he is the man who the Venezuelan’s voted for despite millions in Western money being funneled to Juan Guaido and the US backed opposition. So, in the context of Venezuela’s last elections, I do support him, because I support the sovereignty of the Venezuelan people and their struggle against US imperialism.

A recent report from the UN showed that US Sanctions have caused Venezuela’s economy to implode with the State losing $31 billion in revenue between 2017 and 2020 alone. The UN investigation showed that US sanctions affect poor and vulnerable Venezuelans the most, and concluded they are being blockaded from vital medical supplies, despite US claims that the sanctions do not target medicine. The US claims these sanctions were supposed to create a “democratic transition” in Venezuela, but now admit it has only united the Venezuelan people together in a struggle against Western interventionism. It is these working class Venezuelans who I support in their struggle, and these violent actions from the US state Department which I criticize in almost any conversation about Venezuela.

RELATED CONTENT: Washington: Lifting US Sanctions on Venezuela to be Decided Only After Mexico Talks—Does Venezuela Need This?

As Americans, it is not our job to meddle in Venezuelan politics, it’s our job to assess our own Government and improve it wherever we can. That is why I spend so much time advocating for the US to remove there 166 economic sanctions on Venezuela.

Edward Liger Smith is an American Political Scientist and specialist in anti-imperialist and socialist projects, especially Venezuela and China. He also has research interests in the role southern slavery played in the development of American and European capitalism. He is a co-founder and editor of Midwestern Marx and the Journal of American Socialist Studies. He is currently a health care administration graduate student and wrestling coach at the University of Wisconsin-Platteville.