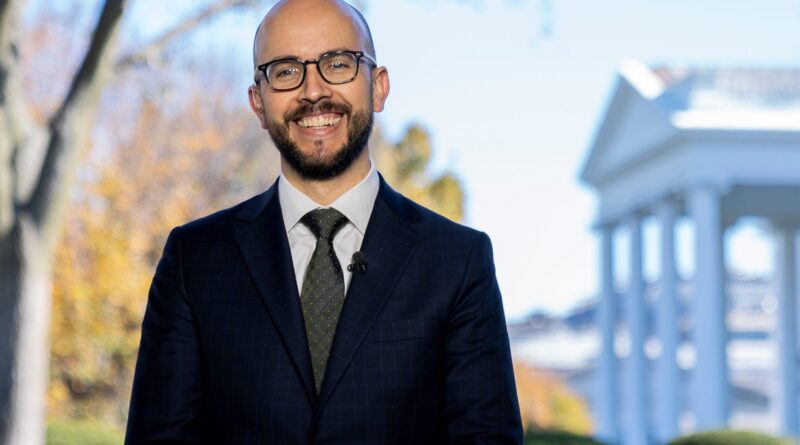 Caracas, April 21, 2022 (OrinocoTribune.com)—This Wednesday, April 20, Juan González, main advisor to US president Joe Biden for Latin America and director of the National Security Council for the Western Hemisphere, stated that any decision regarding the lifting of sanctions against Venezuela, including those on the strategic oil sector, will be made based on negotiations between the opposition and the administration of President Nicolás Maduro in Mexico, known as the Mexico Talks.

“It is very clear that on one side of the table are the Venezuelans who want a return to democracy, where there must be a fair electoral process that determines the democratic self-determination of Venezuela, and on the other side there is a regime that is maintaining the status quo,” said the US official in an interview with W Radio from Colombia, repeating the narrative against the legitimate government of Nicolas Maduro, and trying at all costs to avoid the recognition of their failed “regime”-change operation using former deputy Guaidó.

RELATED CONTENT: Venezuelan Opposition More Divided: Do They Want Sanctions or Not?

“Our message, and it is something that the international community is with us on, is that any response from us will be based on the results of the round table dialogue,” González added.

González stated that this would be the position of the US and its European allies. “The only road ahead is Mexico and the results in Mexico,” he noted. According to Joe Biden’s adviser, the White House today maintains “a fluid dialogue with Juan Guaidó’s side.” González confirmed that the US considers Guaidó as its main interlocutor for Venezuela despite the fact that, following the recent meeting between President Maduro and US high officials, Juan Guaidó complained he was informed about the activity only on the day of the meeting.

On March 7, President Maduro announced the resumption of the dialogue process with the opposition, paralyzed for five months. The negotiation rounds in Mexico were suspended due to the extradition to the United States, from Cape Verde, of the Venezuelan diplomat Alex Saab, who was officially part of the Venezuelan government delegation to the Mexico Talks.

Since March, Venezuelan authorities have been insisting that the negotiations take place in Venezuelan territory, while Washington and its European followers have insisted on Mexico as the location for the negotiations, without providing solid explanations about this unusual “request.”

“The dialogue in Mexico received a tremendous blow, as you know, but if we are asking for dialogue in the world, we have to set an example in the country, and we are going to reformat the national dialogue process,” Maduro said when announcing the renewal of negotiations on Venezuelan soil. In addition, Maduro announced that other opposition actors would join the discussions, in consideration of the results of last November’s mega-elections, and that the dialogue would incorporate representatives from other sectors such as academia and private business.

Illegal US sanctions have dealt a vicious blow to Venezuela’s economy and to the country’s most vulnerable, but Nicolas Maduro’s administration has been learning to live with them and bypass them, neutralizing the Venezuelan opposition’s only tool -provided by Washington- to pressure the legitimate Venezuelan government to sit with them at a round table.

Featured image: Juan González with the White House in the background. González is the main advisor to US president Joe Biden for Latin America and the director of the National Security Council for the Western Hemisphere. Photo: Infobae.