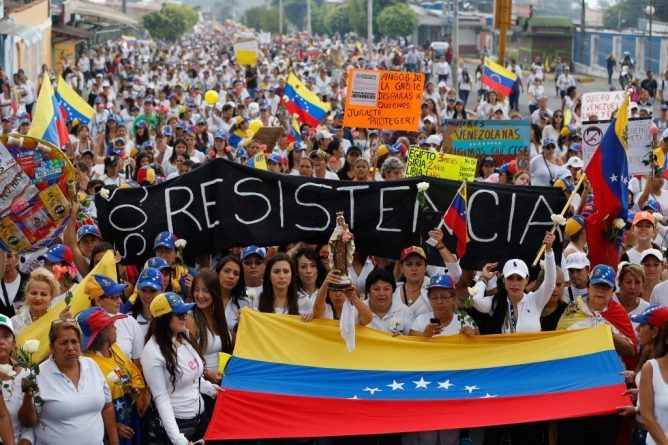 Resistance is not terrorism. And yet we do have resistance against oppressing rightwing neoliberal policies, and we do have spreading terrorism; but those words should never be associated in a causal relationship. If anything resistance is self-defense against warfare and terrorism!

Why do we have resistance?

Today we live in a continuous state of warfare at different levels of intensity. The bully U.S. Empire keeps busy maintaining that level of aggression by using huge amounts of resources taken away from uninformed USAmericans and others.

We have quite a wide range of “conflictive relationships” masterminded by the U.S. government.

It’s interesting to see the corresponding proliferation of terminology associated with different types of warfare that we have come to use in describing those conflicts.

These are the tools of warfare we hear about today. We have:

◦ Undeclared wars. And here we have to be careful how we use the term “war”. There is no war in There is a war onSyria. Semantic is important here.

◦ New Cold War. I don’t know what’s new about it. It’s still the same permanent threat of war that the “Old” Cold War was.

◦ Infowar. The production of false news with media participation in order to undermine the legitimacy and credibility of a government by demonizing it.

◦ Economic war. This is the one that is caused through sanctions and blockades.

◦ Incitation to commit political crimes. For example, the life attempt against Maduro and other high-ranking officials last August 4 in Venezuela.

◦ Incitation to mutiny. Repeated calls to the military to overthrow a government.

◦ Hybrid war or color revolutions. How colorful we have become!

◦ Coups d’état. We still have those…with a soft touch now.

◦ Now we also have Soft Coups. These are the ones that have been at play in Latin America in the last few years. They oppress and kill people all the same.

◦ We even misuse the law to make war. It’s called Lawfare.

This is quite a repertoire of acts of war that can be used in any combination or mix!

All of these actions are a form of warfare, and all have embedded an element of illegality. They are not used as legitimate self-defense. They are used to subvert democracy.

They extend the notion of weapons to situations where everything can be weaponized with total disregard to legality, morality, humanity and ethical considerations.

Take for instance the term “humanitarian crisis” whose real meaning has been devalued to be used as infowar to justify a military intervention. This is currently the weapon of choice against Venezuela.

The U.S. has used all of these actions for regime change at one time or another, in some place or another; namely in Latin America and more intensely today in Venezuela, knowing very well that any of those tools of war constitute acts of terrorism.

Paradoxically, earlier this month, we have learned that the Trump administration is considering adding Venezuela to the U.S. list of state sponsors of terrorism.

But the U.S. uses the arrogance of its so-called doctrine of exceptionalism to make such claims.

◦ The U.S. government actually creates international terrorism. There is ample evidence of that, especially in the Middle East. [2]

◦ But the U.S. accuses Venezuela of being a State that sponsors terrorism.

◦ There is not a shred of evidence that Venezuela supports terrorism.

◦ There is only a small proportion of the rightwing Venezuelan opposition terrorists that support U.S.

◦terrorism even on their own country; and that collective self-destructive behaviour is a typical trademark of terrorism.

On the contrary, the Maduro government has made public calls for peace and dialogue even while the guarimbas were carried out by the rightwing terrorists in Venezuela in 2014 and 2017 when they literally terrorized the population.

Venezuela has been the victim of terrorism and is resisting in order to defend its sovereignty and self-determination.

We claim that we have a right to resist against unlawful attacks, but why do we say that resistance is not terrorism. For that we need to understand what terrorism is.

Terrorism is the ultimate destructive tool to be used against another nation or people. The U.S. is using it widely, not only in the Middle East but also in Latin America and other regions. The goal is always the same: illegal intervention for regime change. Just recently, during a meeting with visiting Nicolas Maduro in Moscow, Vladimir Putin stated,

“Of course, we condemn any action that is clearly of a terrorist nature, any attempt to change the situation with the help of force.” [3]

That image, however, is only true with the proviso that often the U.S. is fully responsible of facilitating or condoning those terrorist actions, and even guilty of indiscriminate bombings from the safety of fast planes or drones, which can also constitutes war crimes. Venezuela condemns those actions.

But what is terrorism really?

Title 18 of the United States Code regarding criminal acts and criminal proceduredefines international terrorism against U.S. nationals. [4] It says in part:

(B) Appear to be intended to

(i) intimidate or coerce a civilian population;

(ii) influence the policy of a government by intimidation or coercion; or

(iii) affect the conduct of a government by mass destruction, assassination, or kidnapping.

Is the definition different if it’s not against “U.S. nationals”? Only through the lens of exceptionalism can the U.S. acknowledge terrorism when it is inflicted on U.S. nationals but not on other citizens.

The U.S. government has rejected many other definitions of terrorism because they all seem to suggest that it is involved in those actions.

Venezuela is very clear about what constitutes unlawful “violent acts dangerous to human life”, “coercion”, and “affect the conduct of a government”. This is a paragraph from a Venezuela Report of last July:

The policy of imposing unilateral coercive measures, known as “sanctions” … violates the Charter of the United Nations, and conceals an aggressive model of intervention…  Beyond the rhetoric that justifies it in the name of “democracy”, sanctions are an instrument of war, designed to make people suffer in order to bend sovereign States.” [5] Compare to the U.S. definition of terrorism in Title 18.

Of course it is not only about sanctions or blockades. The life attempt against Maduro and other high-ranking officials is also a gross act of terrorism.

Yes. Even by its own definition some reported actions by the U.S. government could be construed as international terrorism practiced on other nations and nationals.

When we speak of the U.S. government we do not exclude other governments in the use and support of terrorism. [6] Many countries have some kind of definition of terrorism. They all coincide on the use of “coercion for political purpose”. [7]

Finally, let’s consider the definition given by NATO, and we all know which governments those are.

For NATO terrorism is “The unlawful use or threatened use of force or violence against individuals or property in an attempt to coerce or intimidate governments or societies to achieve political, religious or ideological objectives“. [7]

When Trump threatens Venezuela with a military invasion, what part of the definition of terrorism does he not understand?

To conclude I want to emphasize that there is nothing in the presence of currently increasing warfare, and the general notion of terrorism to which I have referred that says that resistance is terrorism.

A final point I want to emphasize is the need to have a strong, united and informed voice to denounce all actions of warfare and terrorism as the only effective way to stop them. We need to be prepared to counter misinformation and disinformation with sound arguments and analysis.

We have to counter rhetoric with information, facts and, yes, resistance.

Nino Pagliccia is an activist and writer based in Vancouver, Canada. He is a Venezuelan-Canadian who writes about international relations with a focus on the Americas. He is editor of the book “Cuba Solidarity in Canada – Five Decades of People-to-People Foreign Relations” http://www.cubasolidarityincanada.ca. He is a frequent contributor to Global Research.

[7] Many definitions can be found here: https://www.secbrief.org/2014/04/definition-of-terrorism/