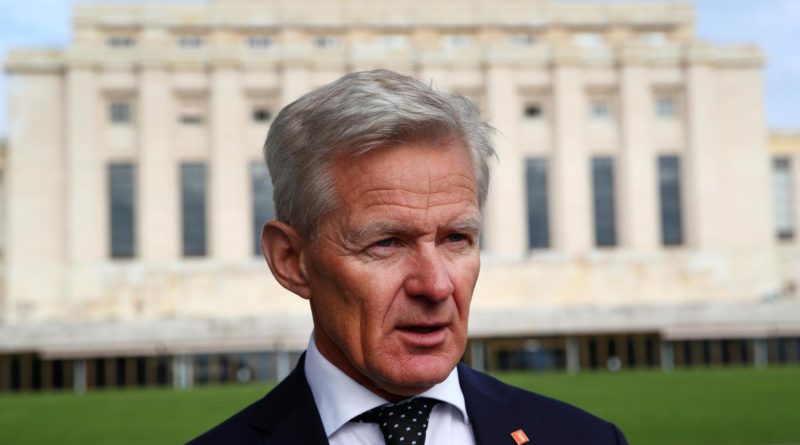 According to a piece posted by Reuters, major powers must suspend economic sanctions against countries including Syria, Iran and Venezuela during the coronarivus pandemic which threatens to worsen hunger and suffering for the poor, an international refugee charity expert said on Tuesday.

“My main message is that the abject poverty and hunger tsunami that comes in the wake of the pandemic is in many poor places going to be worse I think, I fear, than the virus may be,” Egeland told a virtual news briefing in Geneva.

“What we are asking for is the lifting of economic sanctions on entire peoples, nations really,” Egeland said, in reference to the largely U.S.- and European Union-led punitive sanctions generally aimed at squeezing trade or freezing assets.

In Syria, sanctions had stopped the NRC from acquiring software for online children’s education programmes, Egeland said, complaining that procedures for humanitarian exemptions were often too slow and bureaucratic.

“All sorts of private companies including banks that we need to help us to do our work in these countries, are risk-adverse, and it makes it difficult for us to work,” he said.

“Basically the blanket economic sanctions have to have a moratorium, a suspension, a pause – call it the coronavirus pause,” he said.

Egeland said he had sent “strong letters” to 40 nations and UN agencies that donate to the NRC which deploys nearly 15,800 aid workers helping refugees and internally displaced.

“I urged them to step up international funding and relief and be much more flexible and unbureaucratic and less micro-managing than they have been because we’re in the middle of a hurricane and we’re trying to manoeuvre,” he said.

After battering China, Western Europe and the United States, infections and deaths from COVID-19 are now rising in Africa, Eastern Europe, Latin America and some Asian countries, the World Health Organization (WHO) said on Monday.