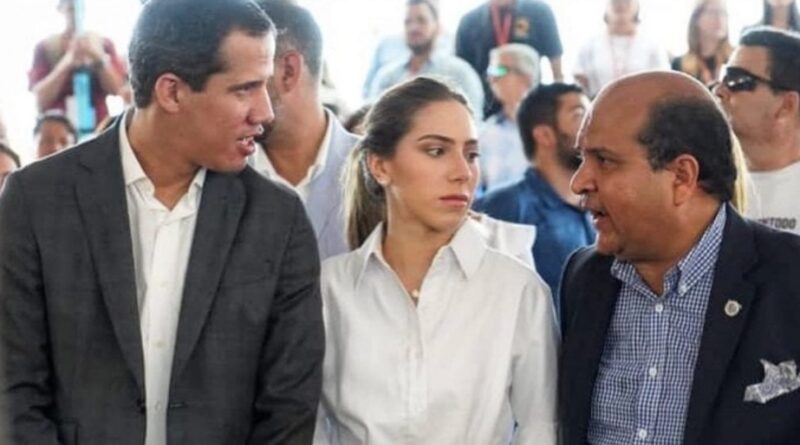 The Attorney General of the Republic, Tarek William Saab, offered details on Thursday about the arrest of Roland Carreño for his participation in conspiracy plans in the country. During a press conference, Saab specified that the opposition figure is the main financial operator of Popular Will (Voluntad Popular or VP) in the country.

We recall that Carreño’s arrest was carried out on October 26 in Caracas, in the Valle Abajo neighborhood, after a complaint from a person close to him who reported his illegal activities to the authorities. “Carreño was captured in his vehicle with a briefcase in which there was an AM-15 rifle with stripped serial numbers, $12,000 in cash and documents with lists of people and routes to Colombia,” said the prosecutor. “When asked about the briefcase and its contents, Roland Carreño stated that it was his property and that the citizen who accompanied him was only a driver hired to drive his vehicle,” added Saab.

The President of the National Constituent Assembly, Diosdado Cabello also commented on this case: “If you are conspiring and they put you in jail, stop whining, the government is not going to sit back and do nothing, and we’re not going to be blackmailed in the courts either. If you are conspiring, assume your responsibility, as we did (in 1992),” Cabello said this Wednesday night on his TV show Con el Mazo Dando broadcast by VTV.

Saab emphasized that Popular Will “is a political faction that has been dedicated since 2014 to promoting violent acts such as the burning of people, and of institutions, and the reprehensible use of minors in acts of violence in which Venezuelans have died.”

Here some of the facts on the case presented by the head of the MP:

• After the search of his home in the presence of a prosecutor from the MP, and the analysis of his phone, it was learned that this political leader is an important, if not the main financial operator, of Popular Will.
• We know that Popular Will is a violent group and unscrupulous enough to even finance attacks like Operation Gideon.
• One of the documents found details of the distribution between four political parties of $8.5 million, delivered by the Simón Bolívar Foundation belonging to CITGO.
• For this, the US government gave them CITGO, to use it as a source of financing for the attacks on Venezuela.
• This foundation was created in 2006 to provide medical and humanitarian assistance to needy patients, and it is now being used by this group of conspirators as petty cash for their activities.
• The document found details that out of those $8.5 million, $733,000 has been delivered to Popular Will, First Justice, A New Time, Democratic Action, and a fifth party with regional strength.
• The delivery of $15,000 to the national coordinators of these parties is also detailed, among other money transfers.
• On Mr. Carreño’s phone, conversations have been found that refer to more than $60,000 distributed to operations dedicated to the conspiracy.
• In addition, there is evidence on the phone that the Simón Bolívar Foundation (CITGO) allocates this sum of money ($8.5 million) every six months to these parties.

There is a great amount of evidence collected that’s still being processed, but after the arrest and the raid it has become clear that Carreño is in charge of distributing money used to finance groups that are trying to plunge Venezuela into conflict.