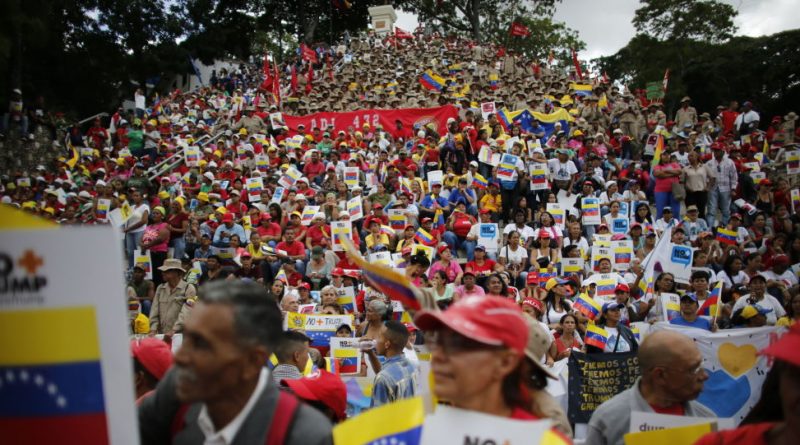 “It is an absolutely illegitimate construct … We have questions about how exactly it will deliver on its stated objective of the so-called restoration of democracy, the constitutional order, the security and well-being of the Venezuelan people”, Zakharova told reporters.

The US State Department announced last week the opening of the Venezuela Affairs Unit in Bogota, saying it would support Juan Guaido, a self-proclaimed president of Venezuela who is backed by Western powers.

The US administration intensified efforts to topple Venezuelan President Nicolas Maduro earlier this year amid mass demonstrations across the country.

In January, leader of the opposition-led National Assembly Juan Guaido declared himself an Interim President of Venezuela and was immediately backed by the US and its allies. Washington imposed sanctions on Venezuela, as US officials said were they were designed to exacerbate the country’s already acute economic crisis.

Guaido also urged the military to joint the protests against the government, and even visited military base in Caracas to start the mass rally, but the Army remained loyal to President Nicolas Maduro

In the meantime, Russia, China, Turkey, and several other countries stated that Maduro is the only legitimate head of the Latin American country.