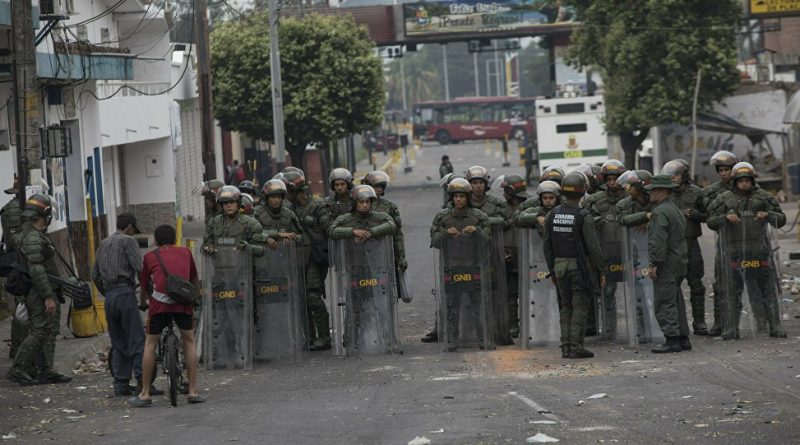 The president of Venezuela, Nicolás Maduro, decreed an orange alert for the threat of war from Colombia and announced that there will be military exercises throughout the border axis. Can there be a war between the two countries? Or perhaps the war started years ago and nobody announced it?

The Colombia factor always returns to the agenda of the Venezuelan conflict. The latest news was the orange alert given by President Nicolás Maduro on Tuesday, September 3, in response to the threat of aggression against Venezuela. He accused his Colombian counterpart, Iván Duque, of wanting to create a “series of false positives” to unleash the war and, thus declared that they will carry out military exercises from September 10 to 18 on the entire border with Colombia.

His words came after two central events. On the one hand, the complaint presented by the Minister of Communication, Jorge Rodríguez, that three military training centers operate in the neighboring country to carry out destabilization actions in Venezuela. These spaces exist in Colombia, according to Rodríguez, under the protection of the government of Duque and his political party, the Democratic Center, directed by former president Álvaro Uribe.

On the other hand, Maduro’s alert was given in the face of the resurgence of the media smear, affirmed by Duque himself, who argues that the Venezuelan government would give refuge and the possibility of development to those who lead the FARC sector returned to armed struggle. That statement joined the repeated declarations of the Colombian Government and its great allied media that have argued that another of the Colombian forces in arms, the National Liberation Army (ELN), would have bases of operations in Venezuela.

The escalation of statements has put the question back in the center of the table: is a war between the two countries possible? Or perhaps the war has already begun, nobody announced it or took responsibility, it just changed masks, and already has left deaths, fires and pain?

A State assigned to another
“The war is here, but they say it is coming,” says a Colombian humorist quoting Colombian-Venezuelan researcher María Fernanda Barreto, who spoke with Sputnik about the current landscape. Barreto is a member of the International Network of Intellectuals, Artists and Social Movements in Defense of Humanity. Her studies focus on the analysis of both realities and their connecting points within the siege of Venezuela and the internal war in Colombia.

The first is, in her analysis, to place the role assigned to Colombia by the United States (USA): “it became the main US military base in the Latin American region from a military, economic and political point of view.”

Having that role in the continental architecture designed by the US, the role assigned to it in the face of the Chavista process in Government since 1999 in Venezuela was predictable, she explains.

“The Colombian state began to be used as a channel to attack Venezuela,” says Barreto.

“They have used indirect approach war tactics throughout Colombia and executed a series of actions on Venezuela, such as economic sabotage, the paramilitary invasion, a series of operations to destabilize the Bolivarian Revolution,” the researcher adds.

On February 23, one of these large-scale operations took place: The United States sought a forced entry into Venezuela through the Colombian-Venezuelan border, presenting the event as an attempt at humanitarian aid. The Colombian Government opened its international bridges so that trained groups could act with the aim of escalating violence and reaching a point of breaking and entering into Venezuelan territory.

That action was televised by large news agencies as a film set that finally failed to achieve its goal. At the same time, there have been continuous operations in other areas, often made invisible by the media.

The paramilitary invasion
The starting point was the year 2002, “once the US failed to support the Venezuelan opposition in the attempted coup in April 2002,” Barreto points out. It was that year when Álvaro Uribe assumed the Presidency of Colombia and began the strategy of the silent invasion.

“This model begins as a mechanism to take political, economic and military control over the Venezuelan territory, and from that date until now that invasion has been systematic and sustained,” Barreto evaluated.

The paramilitary process in Colombia has gone through different stages since its creation and expansion. At present, Barreto describes it as “a phenomenon of political and economic type extremely overlapped with two businesses that are fundamental lubricants of capitalism, which are the business of war and that of drug trafficking.”

The Colombian-Venezuelan analyst adds another variable, such as private military contractors, involved in actions against Venezuela “within that modality of irregular warfare.”

That silent, underground invasion emerged at certain times in recent years. One of them was during 2017, when the right, financed and led by the US, attempted a new violent escalation to achieve the overthrow of the government. In the months of April to July, these formations developed different attacks in key points of the country, from the border with Colombia to Caracas. Then they returned, in part, to the shadows, to training centers such as, for example, those denounced by the Minister of Communication.

War
“Colombia is a country at war,” says Barreto. There is “an internal social and armed conflict that has not been resolved in the last 60 years, has had moments of dialogue, okay, but the conflict has had no solution.”

In her view, the conflict has served to “justify its military industry and war-related business, but the Colombian State has never held itself responsible for the war it has created and sustained.”

Within that framework it was expected that the government of the Democratic Center [party] would automatically accuse the Venezuelan Government of being responsible for the return to arms of a sector of the FARC, or for the permanence of the ELN in armed struggle.

The accusations against the Bolivarian Revolution are both a way of installing the justification of possible new war scenarios, as well as of “outsourcing the costs of the social and armed conflict that Colombia is experiencing,” Barreto analyzes. Neither the businessmen nor the government assume responsibility for why a sector of the FARC returned to arms, or why a peace agreement was not reached with the ELN.

Can war, within that scenario, acquire its classic presentation with uniforms and generals identified? Barreto does not rule out the possibility of a regular military action against Venezuela, but believes that the greatest probability is that “they continue betting on increasing irregular-type actions on the territory, continuing with the paramilitary invasion and with all economic and political sabotage. ”

This set of operations has to do with the hybrid modality of the war against the country facing an economic and financial blockade imposed unilaterally by the US. Barreto points out that you cannot talk about a Colombian war against Venezuela without separating the concepts and interests.

“The underlying conflict is that of class, and the first victim of the Colombian state is the Colombian people, and that people is partly, and must learn, that it is the best ally of the Venezuelan people,” says the researcher.

“Beyond the government, both the Venezuelan and Colombian bourgeoisie are united in the same historical project in favor of the US in the region. Speaking of the Colombian state, the government and the factual powers, that war between that state and the Venezuelan state is actually taking place with an irregular modality,” she remarks.

The war came years ago. With other masks, speeches, presentations, actors. At times it performs its operations in a submerged way, and in others, such as last February 23, it emerges with lights and cameras. What is to come? Maduro decreed the orange alarm and military exercises for the month of September. Venezuela is experiencing an uninterrupted siege and Colombia is one of the main factors of that conflict.