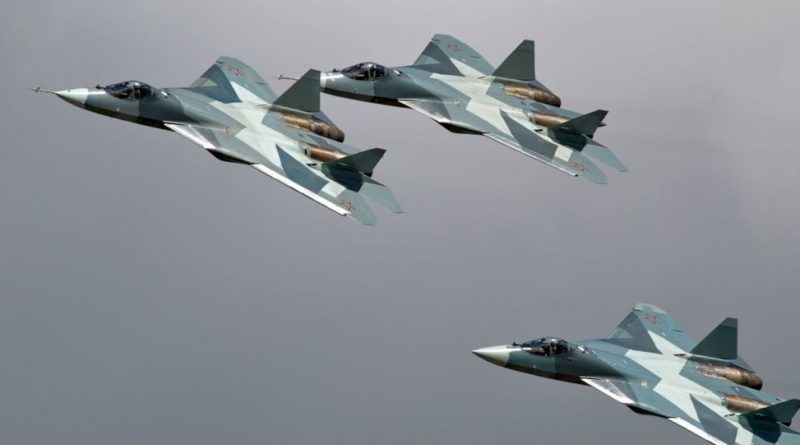 Russia began serial production of fifth-generation Sukhoi Su-57 fighters, according to a booklet published and dedicated to the 80th anniversary of the subsidiary of the Unified Aeronautical Corporation (OAK).

“It is a plane that incorporates intellectual systems and stealth technology and that stands out for its high capacity to intercept air targets and destroy land targets. In 2019 it began its serial production according to a contract signed with the Ministry of Defense, which provides for the delivery of more of 70 devices,” says the brochure.

The Su-57 belongs to the fifth generation fighter class and brings together the latest advances of the Russian military industry. One of the biggest updates that await it are new engines that will increase its stealth characteristics and performance.

However, the advanced aircraft has already been tested in combat missions during the military operation in Syria and the first units requested by the Russian Aerospace Forces are scheduled to enter service at the end of 2019.

This Russian fighter made its first flight in 2010.

In early May, Russian President Vladimir Putin announced that he expects Russia to have 76 fifth-generation fighters before 2028.