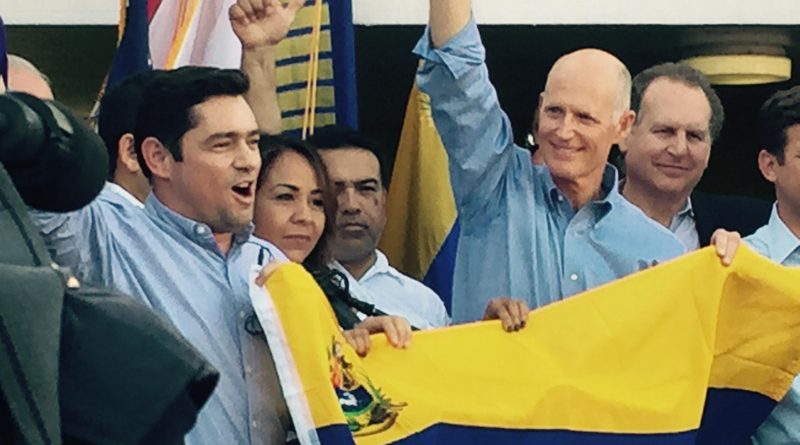 Florida State Senator Rick Scott said the next step the United States should take against Venezuela is to cut the flow of dollars to the South American country that comes through oil trade with Cuba.

“The next step should be to cut the flow of oil between Venezuela and Cuba. Cut off the dollars and you cut off the support,” Scott posted on Twitter.

My friend @IvanDuque is right. @NicolasMaduro has single-handedly turned a once vibrant country into a terrorist sanctuary at the expense of his own people.

The next step should be cutting off the flow of oil between #Venezuela & Cuba. Cut off the $$ and you cut off the support. https://t.co/6lh8ozaMqy

Scott’s words are contradictory to the historical position of the US and the Venezuelan right, which ensures that the Venezuelan oil that is marketed to Cuba is “given away” to the largest of the Caribbean Antilles.

Scott claimed that that decision would be based on the alleged argument of Colombian President Iván Duque, who said Venezuela is “a sanctuary of terrorists,” after Venezuelan President Nicolás Maduro said he would welcome the two Colombians senators from the Common Revolutionary Alternative Force Party (FARC), Iván Márquez and Jesús Santrich, who are persecuted for what they themselves have denounced as the “narco-Colombian paramilitary state.”