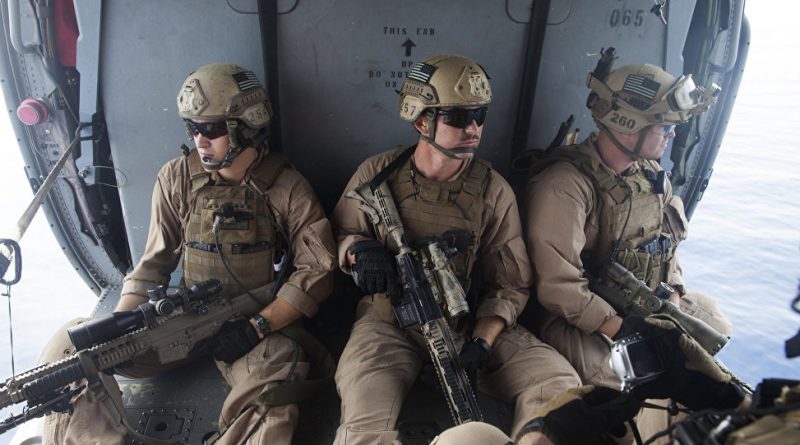 On Saturday, Venezuela’s armed forces reported that US aircraft had violated the country’s airspace, continuing a trend seen since January, when opposition figure Juan Guaido proclaimed himself ‘interim president.’ Earlier, the Pentagon said that a US Navy ship would be moving “very close” to Venezuela in the coming days, sparking invasion fears.

Venezuela is prepared to wage “absolute war” with the US if Washington makes a decision to attack it, Diosdado Cabello, president of the Constituent Assembly and vice president of the ruling United Socialist Party of Venezuela, has warned.

“We are few, a small country, we are very humble, and here it is likely that the US marines enter. It is likely that they enter,” Cabello said, speaking at a forum in Sao Paulo on Saturday. “Their problem will be getting out of Venezuela [alive],” he added.

“We are prepared [for war] today, and can say this without any hubris,” the politician stressed, adding that if the US wanted, they would get an “absolute war” which would unite “all our people in defence of our homeland.”

RELATED CONTENT: US Hospital Ship Set to Approach Venezuela Amid Fears in Caracas of “Likely” Invasion

On Friday, Admiral Craig Faller, commander of the US Southern Command, said that the USNS Comfort hospital ship would transit near Venezuela’s northeast coast while heading to Trinidad and Tobago after a stopover in Panama. The vessel is not known to have any armaments onboard, but is capable of carrying military helicopters, and can accommodate up to 1,000 patients alongside its 1,300+ staff and crew. The ship previously deployed in the Persian Gulf War in 1990-1991, and the Iraq War in 2003, and in late 2018, was sent to Latin America with the official mission of assisting countries affected by Venezuelan refugees. Under the Geneva Conventions, firing on the USNS Comfort would be classified a war crime.

RELATED CONTENT: TIAR: Is Venezuela on the Verge of an Invasion?

Venezuela has been mired in a years’ long political and economic crisis exacerbated by opposition lawmaker Juan Guaido’s attempt to take power in January. Guaido has received support from the US and its European and Latin American allies, with Washington introducing crushing sanctions on the country, freezing tens of billions of dollars of Venezuelan assets abroad, and reportedly redirecting some of these funds to Guaido and his associates.

Venezuelan President Nicolas Maduro has called Guaido a US ‘puppet,’ and accused Washington of trying to orchestrate a coup in his country. Russia, China, and dozens of other countries world have refused to recognise Guaido, or demanded that outside powers refrain from meddling in Venezuela’s affairs.