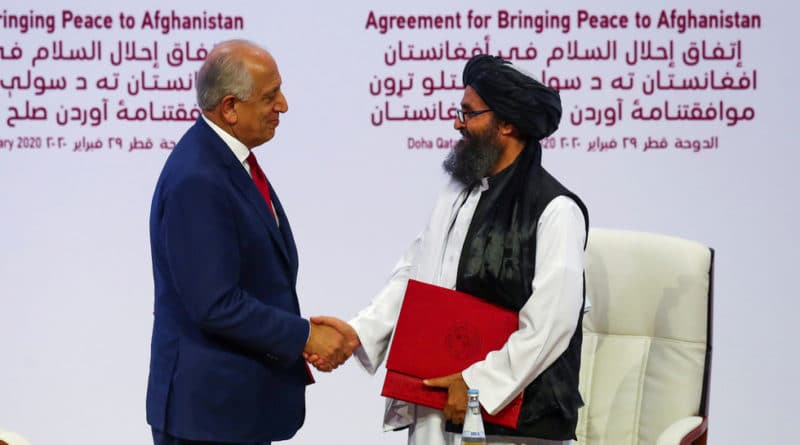 “It is clear that there are forces in the US which don’t want to withdraw from Afghanistan, (and) want a justification for their own failures. This is what it’s all about,” Zamir Kabulov, Russia’s presidential envoy to Afghanistan, told news agency RIA Novosti.

“We really shouldn’t waste time commenting on an obvious lie,” he added.

The veteran diplomat was referring to a New York Times report which claimed that Russian military intelligence had offered monetary rewards to Taliban-linked militants in Afghanistan to kill members of the US military. The explosive tale, subsequently spread by more news organisations, is based on anonymous sources. It accused Donald Trump of failing to act on the information.

The White House and the US’ Director of National Intelligence denied that Trump was ever briefed on such an allegation. The president later said US intelligence found that claims of bounties were not credible and thus did not report them up the chain of command.

Russia said the report was a poorly conceived piece of disinformation that called into question the intellectual abilities of the US intelligence propagandists who invented it.

The White House is currently trying to pull out of the longest war in American history, and has been promoting peace talks between the Taliban and the Afghan government. Negotiations may commence soon, as the sides are inching towards resolving the issue of their unfinished prisoner exchanges.

Last week, before the New York Times story was published, Reuters reported that the militant movement was considering agreeing to move forward with the talks before some of its people are released.

Featured image:  The Taliban and the US sign a peace agreement in Doha, Qatar. ©REUTERS / Ibraheem al Omari. File photo.