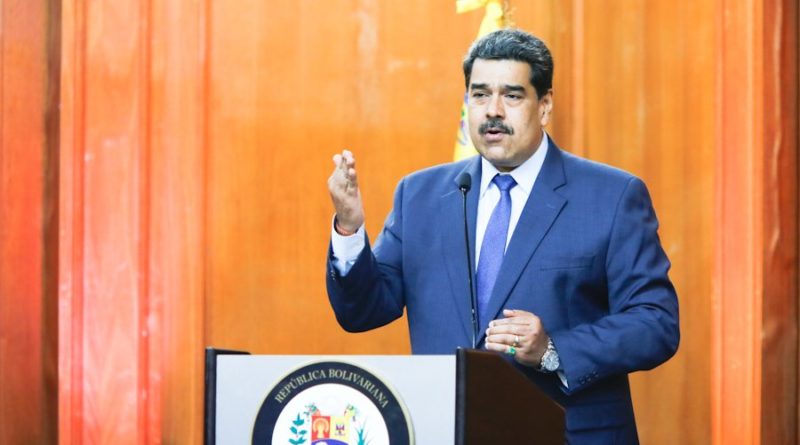 RELATED CONTENT: Spain’s Zapatero: There are Governments That Regret Having Recognized Guaido

He explained that a group of European Union officials met to analyze the situation in Venezuela “in the greatest colonial, interventionist, supremacist tradition, because these officials have the arrogant attitude of feeling superior to us, of being able to analyze us and, from there, to be able to determine who behaves well or who behaves badly.” He described them as having “an attitude inherited from the old and filthy European colonialism that filled the continents of America, Africa and Asia with slavery, death and destruction.”

President Maduro: "I have decided to give the EU ambassador to Caracas 72 hours to leave the country and I demand the EU to respect us. Enough of European colonialism against Venezuela!…Enough! https://t.co/jpFAtCsN4d

“We from Venezuela speak firmly. Of course we speak firmly, we are not afraid of anyone in this world!” he said. “Who are they to punish, to try to impose themselves with threats? Enough is enough!” said Maduro.

Maduro explained that, since the beginning of the year, the European ambassadors – whose governments had decided to recognize and support deputy Juan Guaidó, self-proclaimed interim president with the support of the United States – were warned that they would fail in their attempts to depose the government. “We told them they were going to fail, and they failed miserably, overwhelmingly. Europe failed with the fugitive from justice, Juan Guaidó. It is said by European media: Europe has failed! But they intend to correct the mistake, with a new mistake. Attacking Venezuela, attacking institutions, attacking all political sectors. Because they want to avoid the inevitable.”

RELATED CONTENT: EU Should “Reflect” on Possible US Withdrawal From “Role of World Leader”: Germany’s Merkel

He indicated that the European Union is trying to “play off side”. He explained: “They want to threaten all those who, in the exercise of their political rights, as political parties, as opinion groups or as citizens, decide to register to run for office as a candidate for deputy in the National Assembly,” Maduro said, indicating that the European Union has threatened to sanction all those who register to participate in the next elections. “Prepare yourselves, colonialist, supremacist and racist gentlemen of these bodies of the European Union, because in Venezuela there are going to be free, transparent parliamentary elections with the participation of thousands of candidates!”

He indicated that, because flights to other countries are suspended, he could loan an airplane so that the EU ambassador can leave.

In context
This Monday, the European Union (EU) sanctioned the opposition lead board of directors of the National Assembly of Venezuela, as well as government officials of the country, allegedly for “acting against the opposition.” Among those affected are Luis Parra, president of the AN; Franklyn Duarte, first vice president of the Legislative Branch and José Gregorio Noriega, second vice president of the public body, the three from opposition parties. It also affects the Comptroller General of the Republic, Elvis Amoroso, the Minister of the Office of the Presidency and CEO of Conatel, Jorge Márquez, the magistrate of the Supreme Court of Justice, Juan José Mendoza, the prosecutors Farik Mora and Dinorah Bustamante; José Adelino Ornelas, Secretary General of the Defense Council of the Nation; and the constituents Tania Díaz and Gladys Requena.

On the other hand, President Maduro pointed out that Venezuela reserves diplomatic actions on the Spanish ambassador for his participation in the armed incursion of Macuto and his complicity in Lepoldo López’s criminal acts, denounced by the Wall Street Journal. New announcements are going to be made in the next hours.