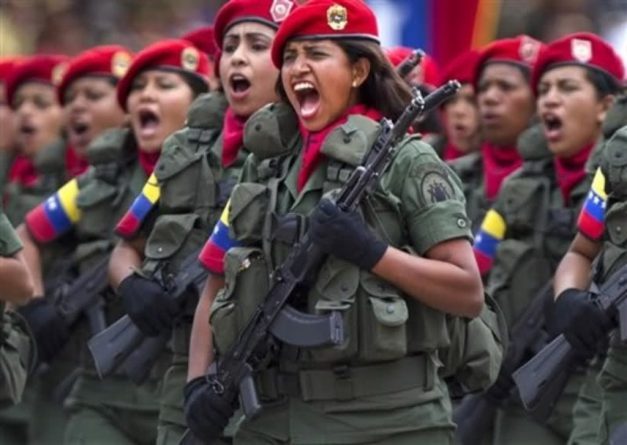 “We believe that the legitimate Government of Venezuela led by [President Nicolás] Maduro has the situation under control, the Bolivarian National Armed Forces are capable of facing external aggression,” Fomín told Russian television RT,  on the eve of the Conference of International Security of Moscow that opens on April 23.

Fomín stressed that Russia offers “support to Venezuela especially in the framework of technical-military cooperation.”

“We have several agreements that we respect and we assist in the maintenance of operational readiness, weapons and war equipment,” said the vice-minister of the Russian military body commenting on the situation in the Caribbean country.

Fomín recalled that the US has declared that it keeps on the table all options regarding Venezuela, including the military one.

“The Venezuelan government have the legitimate right to self defense and are prepared for that military aggression and to do that Venezuela has the legal duty and right to exercise its military in cooperation with strategic allies as is the case with Russia, but also with countries such as China, Cuba, Iran, Turkey and any other that serves Venezuelan self-defense needs”, an international expert said to OT.

However, it is a variant that “does not correspond to the interests of the US because it could further unite the population around the current Government of Venezuela” and, in addition, “provoke a negative reaction in the region,” he warned.

The Russian deputy minister acknowledged that the situation in Venezuela “is still very complicated.”

“The main architect of this situation is the US, which recently declared its enmity to Venezuela” and also targets Cuba and Nicaragua, the senior military official said.

In Fomín’s opinion, the United States, with its actions regarding Venezuela, “ignores and tramples on international law.”

Washington was the first to recognize in January the self-proclamation of the opposition Juan Guaidó as president in charge of Venezuela, an act that the Venezuelan leader, Nicolás Maduro, described as an attempted coup promoted by the United States.

Since then, Washington has introduced a series of sanctions against Caracas with the objective of putting pressure on Maduro, recognized as legitimate president by Russia, along with Bolivia, Cuba, Iran, Nicaragua, Turkey and several other countries.