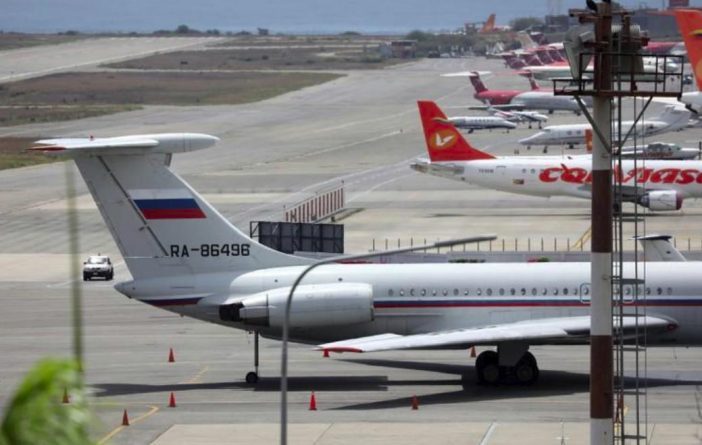 Caracas, 23/Jun/2019.- Last Monday a Russian military plane belonging to the Russian Ministry of Defense landed in Caracas raising the alarms among pro-yankee outlets in Venezuela and abroad. The plane was spotted by air traffic internet services but also by a Reuters correspondent in Venezuela.

RuAF Il-62 86496 from Chkalovsky to Damascus to Dakar to Caracas https://t.co/HwDG4lc2bh via @galandecZP #Venezuela pic.twitter.com/54WWVYlmcg

The Russian and Venezuelan government have stated on different occasions that Russian military cooperation and agreements are the exclusive competence of both nations within the jurisdiction of their sovereignty and criticizing the so called “Monroe Doctrine” being use actively in recent months by the US government claiming Latin America as its “back yard”.

RELATED CONTENT: FANB Warns that US Military Planes are Flying over Venezuelan Territory

International news outlets and their local partners have been trying for the last days to make a big deal out of the arrival of Russian military advisers, looking for reactions in the White House unsuccessfully.

Today the Russian Embassy in Caracas has made public via twitter that the plane was returning to Moscow today, taking the advisers back home, after Venezuela -as a sovereign nation- has been polishing its operational military capability after several threats of military invasion coming directly from the mouth of US President, Donald Trump.

International agencies have also reported today that the Russian Deputy Minister for Foreign Affairs, Sergey Ryabkov, said that “the plane of its armed forces that landed in Venezuela this week transported military specialists in a rotation, but that the number of its troops in the South American country has not been increased”.

“Russia and Venezuela have signed military agreements intensively since 2003 when the US government began banning military sales to Venezuela, and currently after reiterated and constant threats of military aggression coming from Washington, the Venezuelan government is doing what any country would do: polishing and preparing its defensive and offensive systems in order to be prepare and respond to a military attack”, an expert in international relations said to OT.