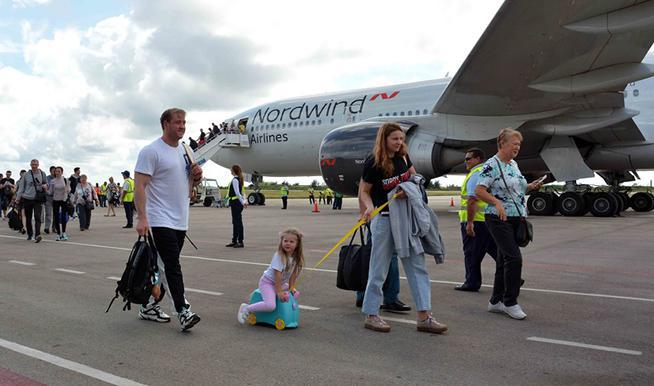 In spite of U.S. sanctions imposed on Cuba in 2019, further tightened since the beginning of this year and directly impacting tourism, the country is committed to develop the sector, with significant results including a 30% increase in the number of Russian visitors as compared to 2018.

Of the more than 4.3 million tourists who had arrived as of December, 178,000 were Russian, a number expected to reach 200,000 in 2020, according to Cuba’s ambassador in Moscow, Gerardo Peñalver.

Last October, Manuel Marrero, Tourism Minister at that time and now Prime Minister, reported that development is advancing with the addition of 3,768 rooms in new hotels and the expansion of others. Among the new facilities opened are the Hotel Internacional de Varadero, the Paseo del Prado, in Havana; the Kempinski Resort and Grand Muthu, in Cayo Guillermo, and the first hotel in Cayo Cruz. In addition, Encanto hotels in Sancti Spíritus, Trinidad, Camagüey, Gibara, Santiago de Cuba and the Cuban capital.

These achievements came as a result of measures adopted by the Cuban government, including the diversification of products, including nature tourism, recreation and popular camping; coordination with the non-state sector for the substitution of imported agricultural produce and seafood, plus the promotion of cultural tourism. Priority was also given to the marketing of aesthetic and medical treatment.

Agreements were reached with new airlines, including Russia’s Nordwind Airlines to Camagüey and the Royal Flight to Holguin and Varadero. The company also participated in the Otdykh tourism fair in Russia. The sister nation rose to third place among emissary markets, preceded only by Canada and Spain.