Photo composition showing a #FreeAlexSaab banner (left) and a US activist holding a banner that reads "Free Alex Saab, Kidnapped for buying food for the hungry," (right). Photo: COHA.

On December 12 to 13, 2022, an evidentiary hearing in the case of The United States v. Alex Saab was heard before Judge Robert Scola in the U.S. District Court for the Southern District of Florida. In “Saab Hearing Proves He Deserves Diplomatic Immunity, Exposes Prosecution’s Duplicity” (coha.org, 12-16-22), I summarize the key facts presented by Alex Saab’s attorney in support of the following argument: “Saab was a diplomat, specifically a Special Envoy, of Venezuela, when he was captured in Cabo Verde, a country off the coast of West Africa in which Saab’s plane stopped to refuel on the way to Iran.  Saab, the defense contends, was and is therefore entitled to diplomatic immunity.”[1] Here I provide an update on the hearing of December 20 in which Judge Scola heard legal arguments based upon the evidence submitted the week before.

On December 20 Judge Robert N. Scola heard oral arguments on Alex Saab’s motion to dismiss the case against him. The factual issue for the Court to decide is “whether Mr. Saab was a special envoy from Venezuela to Iran traveling on a mission when he was detained in Cape Verde and extradited to the U.S. and, therefore, entitled to diplomatic immunity.”[2]

President Maduro’s status, now part of this case
It appears that Judge Scola is focusing in on the implications of the U.S. refusal, as of 2019, to recognize Nicolás Maduro as the President of Venezuela for Alex Saab’s diplomatic status, although very little was said of this issue in the evidentiary hearing last week, and absolutely no evidence on this score was offered at that hearing.  That is, Judge Scola is concerned about what it means if Nicolás Maduro has not been, as per the U.S. State Department, the legitimate president of Venezuela as of early 2019, and whether this therefore invalidates the diplomatic status of Alex Saab who was traveling on a diplomatic mission for the government of Venezuela when he was arrested in Cabo Verde in June of 2020.

Indeed, Judge Scola, an Obama appointee, at one point queried what it would mean to the status of U.S. diplomats if Donald Trump, who still questions the outcome of the 2020 elections, claimed to be President and other countries recognized him as such. However, Judge Scola seemed to liken Trump in that situation to Nicolás Maduro (who has now won two presidential elections) rather than to Juan Guaidó – an individual who never even ran for President but whom the U.S. now recognizes as such. In fact, if there is any apt comparison here, it is Trump — who was officially declared the loser of the 2020 election and whose multiple challenges to the election were rejected by the courts — with Guaidó. And indeed, defense counsel David Rifkin made this very point.

What about other countries not recognizing Biden?
Rifkin also raised the even more apt question: let’s assume that another country did in fact refuse to recognize Joe Biden as President of the United States, would this mean that all U.S. diplomatic staff would lose their diplomatic status and immunity? Surely, the answer would have to be “no” lest total chaos in international relations ensue. And indeed, in reality, the U.S. continues to deal with the diplomats appointed by the Venezuelan Foreign Ministry on issues small (e.g, child custody issues and prisoner swaps) and big (e.g, the recent deal to allow Chevron to operate again in Venezuela). That is, regardless of who is President, the levers of diplomacy are still functioning and the U.S. recognizes this and continues to work through them. Indeed, even Juan Guaidó receives his passport to travel from the same Foreign Ministry office that Saab and every other Venezuelan does.[3]

Moreover, it must be emphasized that Alex Saab was appointed diplomat by the Foreign Ministry in 2018 – that is, at a time the U.S. recognized Nicolás Maduro as President. But again, this should not matter.

Letter from Guaidó, not admitted by the judge
One interesting development before the argument on December 20 was that, as we know from social media and a tweet by AP reporter Joshua Goodman, the shadow Venezuelan Supreme Court appointed by Juan Guaidó sent a letter to Judge Scola weighing in on Alex Saab’s diplomatic status.[4] However, Judge Scola made a point to say, and quite correctly, that he did not open this letter as he considered it an improper ex parte communication. However, this attempt to communicate directly with the Judge outside the courtroom shows how little Guaidó and the prosecution, which clearly had something to do with the letter, respect the niceties of legal rules and ethics.

Saab’s case has deep implications for the respect for diplomatic status everywhere
Finally, in recent days, the U.S. Senate itself appeared to weigh in on the issues before the Court by unanimously passing the Bolívar Act which, if signed into law by President Biden, would forbid federal agencies from business dealings, with some exceptions, with the Maduro government. This seems to be a message to Judge Scola of how he should rule on Alex Saab’s diplomatic status. But given the separation of powers this country has as a consequence of the U.S. Constitution, Judge Scola should not be swayed.

What all of this demonstrates is that Alex Saab is a victim of U.S. imperialism. At the heart of this case is the question of whether the U.S. can simply decide on its own to recognize or not recognize the duly-elected officials of other countries and the diplomats duly appointed by those countries’ institutions, even while dealing with those institutions and diplomats when it suits its interests – for example, if it needs oil from another country. Such conduct meets the very definition of lawlessness. It can only result in chaos in international affairs, and should not be ratified by the Court in Miami.

Judge Scola has promised a final ruling on the diplomatic immunity issue by the end of this year.

Sources
[1] Saab Hearing Proves He Deserves Diplomatic Immunity, Exposes Prosecution’s Duplicity. COHA. December 16, 2022. Accessed Dec. 21, 2022. https://www.coha.org/saab-hearing-proves-he-deserves-diplomatic-immunity-exposes-prosecutions-duplicity/. When Saab was captured in Cape Verde, he had not yet completed his mission as Special Envoy.

[2]  U.S. District Court, Southern District of Florida, Miami Division, Case no: 1:19-CR-20450. For a summary of prosecution arguments to deny Saab’s motion to dismiss and the defense’s rebuttal, see pages 58 – 64. 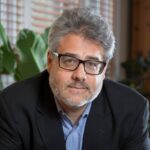