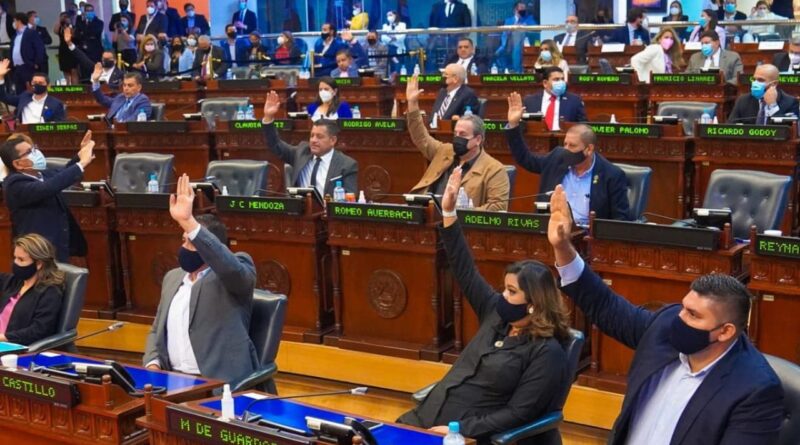 The legislators of the ruling party of the Congress of El Salvador dismissed, in its first session, all Justices of the Constitutional Chamber of the Supreme Court and the Attorney General of the country.

With 64 votes in favor and 19 against, with one abstention, the Salvadoran Congress approved the dismissal of both regular and alternate justices of the Supreme Court, which is a constitutional body. This event sends a clear signal of President Bukele’s attempt to control all branches of the State.

The members of the Congress belonging to Bukele’s New Ideas party, who supported the motion, asserted that the current justices “acted against the Constitution, prioritizing private interests over the health and life of the entire population,” referring to Supreme Court decisions regarding COVID-19 lockdowns proposed by the executive branch.

The statement refers to decisions made by the judges in August 2020 , who—along the same lines as Donald Trump—prevented the application of presidential decrees on social confinement for prevention of the spread of COVID-19.

President Nayib Bukele repeatedly denounced those decisions, stating that they put the population at risk and hampered his powers as the president of the country.

Regarding the attorney general, the legislators said that he had “ties” with the opposition party Nationalist Republican Alliance (ARENA) that “calls into question his objectivity, independence and impartiality.”

Reactions to the decision of the Congress
Sectors opposed to President Bukele described the congressional decision as a “coup d’etat,” alleging that this action eliminates the separation of the branches of the State.

Erick Salguero, president of the conservative opposition party ARENA indicated that the dismissal of the judges and the attorney general is “fully evidencing his search for total power—his first motion in the Legislative Assembly to dismiss the Constitutional Chamber of the Supreme Court; annulling the separation of powers and burying El Salvador as a Republic.”

“We note with concern the proposal of some members of the National Assembly to remove five magistrates of El Salvador’s Constitutional Chamber,” tweeted Julie Chung, Acting Undersecretary of the Office of Western Hemisphere Affairs of the US State Department. “An independent judiciary is the foundation of any democracy; no democracy can live without it.”

In a similar vein, US Secretary of State Antony Blinken wrote in his Twitter account: “I spoke today with Salvadoran President @NayibBukele and expressed serious concerns about yesterday’s decision to undermine El Salvador’s highest court and Attorney General Melara. Democratic governance requires respecting the separation of powers, for the good of all Salvadorans.”

RELATED CONTENT: El Salvador: The Ways of a Dictator

Now we get to hear fake concerns from U.S. officials and human rights NGOs over Nayib Bukele’s tyranny as if they didn’t stand idly by watching El Salvador deteriorate into a dictatorship since he first took power. He'll now exercise total control over all branches of power.

Is it a coup or not?
According to the Salvadoran Magna Carta, magistrates of the Supreme Court and other public officials can be removed by the Legislative Assembly for specific reasons, as already established by law.

Thus, the action taken corresponds to the Constitution of the country. As stated the Salvadoran political analyst, Bessy Ríos, “The magistrates of the Supreme Court of Justice are elected by the Assembly, and the Assembly in the same way that it elects them can remove them.”

However, the leftist opposition party FMLN called the removal of the justices of the constitutional body “a coup” and “an intention of absolute control over all powers of the State” by the executive. The Political Commission of FMLN released a statement in this regard, with a call to the international community to denounce the action carried out by the Congress.

For his part, President Bukele celebrated the decision through Twitter and considered that the dismissal was “an INCONTOVERTIBLE power CLEARLY expressed” in the Constitution.

He also asked the international community not to express its views on internal affairs of El Salvador.

Featured image: Salvadoran Congress in its inaugural session with Bukele’s majority dismissed Supreme Court justices and the Attorney General, who were not aligned with Bukele. Photo courtesy of RedRadioVE.