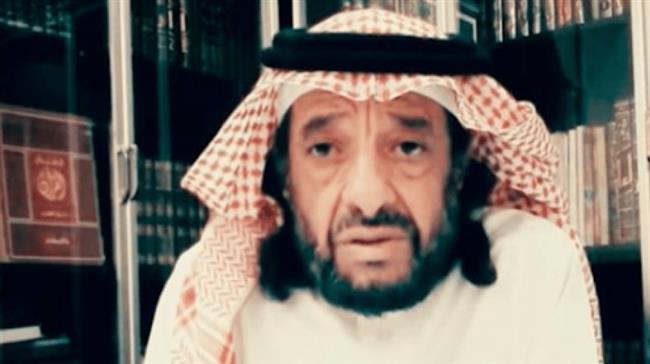 October 11, 2020.- A Saudi pro-democracy campaigner has reportedly suffered a life-threatening stroke after being deliberately poisoned by regime authorities at a maximum-security prison south of the capital Riyadh.

The Prisoners of Conscience, an independent non-governmental organization advocating human rights in Saudi Arabia, announced in a post on its official Twitter page that Sheikh Muhammad bin Dalim al-Qahtani, a leader of the Umma Islamic Party, suffered the serious medical condition after he was poisoned on purpose at al-Ha’ir Prison.

The post added that Qahtani has been transferred to al-Iman Hospital in Riyadh, and is apparently in critical condition.

🔴 BREAKING
We confirmed that Sheikh Muhammad bin Dalim Al-Qahtani had a stroke after deliberately poisoning him in Al-Ha’ir prison, and he is in a critical state of health, and is at risk of death at any moment, and he was transferred to Al-Iman Hospital in Riyadh.#محمد_بن_دليم pic.twitter.com/tM3HokOssX

Activists said the Saudi pro-democracy campaigner had sent a voice message to Crown Prince Mohammed bin Salman a day earlier, protesting his role in the ongoing horrific campaign of repression in the country.

Back in September 2019, the so-called Specialized Criminal Court in Riyadh sentenced Qahtani, a staunch opponent of the ruling Al Saud regime and bin Salman, to five years in prison and imposed a 10-year travel ban on him.

On Thursday, Human Rights Watch (HRW) urged the international community to vote against Saudi Arabia’s bid to take a seat on the UN Human Rights Council, stating that the kingdom has committed “massive rights violations” both at home and abroad.

The New York-based group warned in a statement that Saudi Arabia continues to target human rights campaigners and political dissidents, including women’s rights activists, and others it has arbitrarily detained and prosecuted.

Louis Charbonneau, UN director at HRW, called the Persian Gulf monarchy a “serial rights abuser” that “should not be rewarded with seats on the Human Rights Council.”

Earlier this week, the Prisoners of Conscience announced in a post on its official Twitter page that Saudi authorities had sentenced prominent economist Essam al-Zamil to 15 years in prison after he refused to publish an interview with bin Salman.

Ever since bin Salman became Saudi Arabia’s de facto ruler in 2017, the kingdom has arrested dozens of activists, bloggers, intellectuals and others perceived as political opponents, showing almost zero tolerance for dissent even in the face of international condemnations of the crackdown.

Muslim scholars have been executed, women’s rights campaigners – including Loujain al-Hathloul – have been put behind bars and tortured, and freedom of expression, association and belief continue to be denied.

Bin Salman also stands accused of being directly involved in the cruel murder of well-known Saudi journalist and dissident Jamal Khashoggi at the kingdom’s consulate in Istanbul on October 2, 2018, after he entered the premises to obtain paperwork for a planned marriage with his Turkish fiancée Hatice Cengiz.

Turkish officials say his body was dismembered by the Saudi killers and his remains are yet to be found.