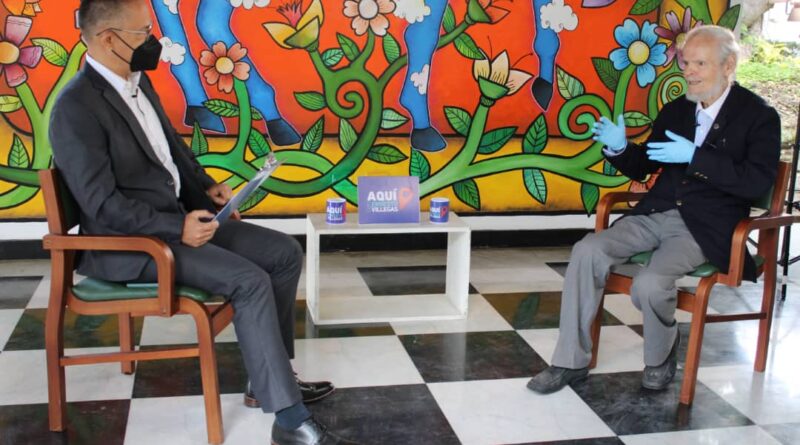 Luis Britto García is a lawyer, historian, writer, essayist and playwright, although in reality he would have wanted to be a painter, or at least that’s what he confessed this Sunday during the program Here with Ernesto, hosted by the Venezuelan Minister for Culture, Ernesto Villegas, through digital platforms.

“What I wanted was to be a painter, I didn’t want to learn to read because I said that drawing was a more perfect form of expression, but my mother threatened to stop me reading the comics that I liked, and I had no choice but to learn to read,” said Britto García, today the author of 86 books.

However, Britto is not one to carry a thorn in his side, and that is why, for some years he lived by drawing comics for the press, until life provided adequate compensation: “I would have liked to follow those visual topics. But my daughter Andrea took this nail out of me because she became a painter and already has three complete exhibition halls,” he says with pride. Andrea is his only daughter, although he says that “if he had known that she was going to be so pretty” he would have had “a dozen.”

In addition the intellectual, who turned 80 this Friday, believes that “there is still time to dedicate to that.” Meanwhile, he spends his mornings “working to live” and spends his nights “writing to last.” “That has been my routine for most of my life. And right now I am teaching seminars and preparing to continue teaching remotely,” he adds.

To be the creator of such a multifaceted oeuvre, Britto García has at least two keys: never stop working, and stay away from cell phones. “I was one of the three Venezuelans who did not use a cell phone until a few hours ago, the others were Román Chalbaud and Vladimir Acosta, we have all had a large and copious intellectual oeuvre, because we didn’t had a device ringing every three seconds, but now I am part of the network of intellectuals and I must use one.”

The time that many spend on social networks and instant messaging, Britto García prefers to direct it to exploration. “I believe that life is too short to be hemmed into only one direction and to leave a lot of worlds unexplored. That is why, among other things, I have dedicated myself to underwater exploration, at one point I managed to informally and clandestinely pilot Cessna planes, I made comics, I was an auctioneer of paintings and other things that it is better not mention because some are bordering on illegality.” 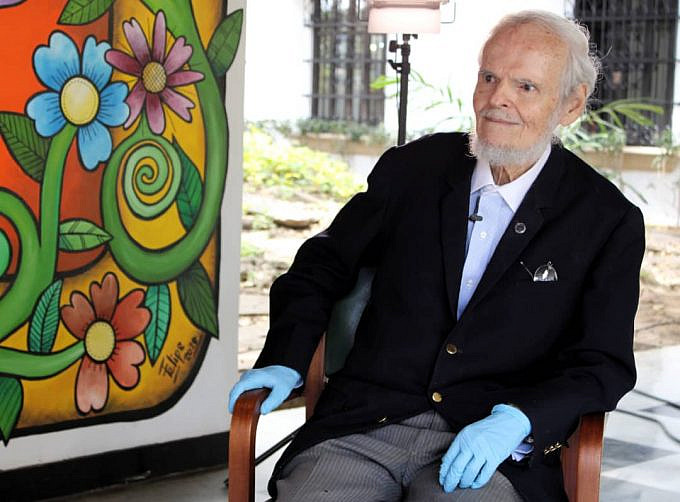 Among the things he has not done is to openly display his poems. “I have written a large amount of poetry, but I am a undercover poet; I read poetry and write poetry, but I do it alone. I have a whole lot of things that I have not wanted to publish, because in all other areas of literature one defends oneself with technique, but poetry is either enlightenment or nothing. It is the most rigorous genre, people believe that it is the easiest, that’s why so many false poets get involved, so I prefer not to expose myself in the sense that would let everyone see if there was a miracle here or not ”.

Position against the Anti-Blockade Law
Britto García is also a lawyer, although he stopped practicing “out of disgust at the courts.” “When I practiced, by chance you could mention about six or seven judges who did not have a total reputation for selling verdicts, that was terrible, one had to enter a court paying fees, distributing tips to the clerks and besides that one did not know if the opposite side was going to pay a double or triple tip, it was so terrible that I decided to leave that for teaching.”

However, the writer knows that one of the contributions of sovereignty is jurisdiction, which implies that “issues of public interest must be decided by our courts and our laws,” for which he has kept alive his knowledge regarding legislation.

With that knowledge in hand, and in the face of “the patchy” information that was disseminated on the draft of the Anti-Blockade Law, Britto García raised his doubts, which he claims to maintain even after the approval of the final document. “The changes to the draft are formal changes, but some of the substantive issues on which I made observations remain the same.”

The intellectual doubts that this legal instrument has articulated mechanisms to stop the blockade. For example, he questioned, why would an investment company that had not come until yesterday, all of the sudden come? If the US is going to persecute it, it is going to block it, it is going to sanction it, at least that is what I see, unless the Americans completely change their policies.”

Britto García knows that the regulation is sanctioned “in the midst of a tremendous aggression against Venezuela” and only hopes that those who lead the national administration “know how to use it for the good of the country.” “It is the only thing I could say… In any case it has already been approved, it is the law of the Republic and you have to obey it, you have to abide by it,” he adds.

In this sense, he expresses that “it is preferable to have confidence” because it is a fact that has already been materialized. “It is better to be confident than to distrust. However, many of the problems Venezuela has today are due to the fact that we do not carry out appropriate control on time,” explained the writer, referring to what happened with PDVSA’ corruption scandals. 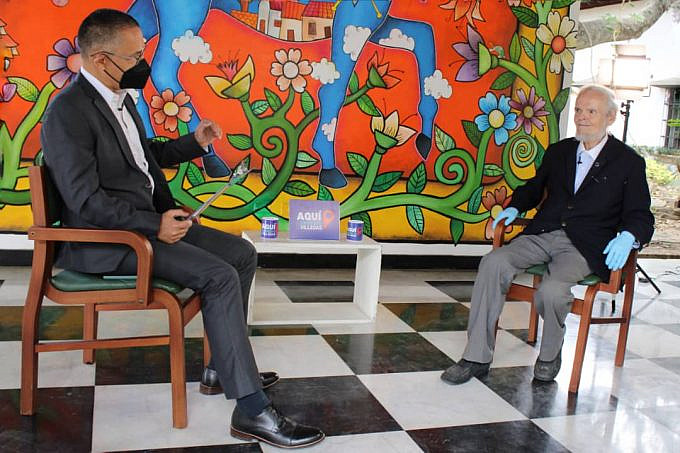 “How could PDVSA get to the situation it’s facing right now without any external control saying something strange is happening here? We realized when the production reached almost a tenth of what we produced before. An immense responsibility was delegated to a single person and now what are we doing? Lamenting ourselves,” he said, while affirming that officials must understand that “public items are not there to be disposed of as they see fit to suit their whims.”

Vote for hope to continue
Now, faced with the electoral panorama, Luis Britto García does not doubt it for a second: “I am going to vote on December 6 so that the hope of the Bolivarian process continues, that is, we must see all the social and economic work, etc. ., which has achieved Bolivarianism and the organizations allied to it. This is something that I adhere to and support with all my being, it is the hope of the continuation.”

In this regard, the writer acknowledges that within the Bolivarian process “there are problems, there are flaws and there are deviations” but considers that “this happens in all human works.” Also, he doesn’t see any other alternatives. “Vote for a split on the left? Absurd. To abstain? Give power to the right that has never been able to obtain it through the conviction of the masses.”

The essayist affirms that “in some cases” he has had, “much to his regret,” to “point out some things, some acts of government, but I think that the maintenance of the Bolivarian government, and the political cohesion that sustains it is the dam that frees us from the apocalypse, in case there is a government breakdown, I believe that what happened in Chile (with Salvador Allende) would be child’s game here.”

Given this, Britto García hopes that the new National Assembly will be elected “with a comfortable majority so that the necessary revolutionary measures can be truly managed, and implemented”, but adds that “it is important to see the trajectory of the people who are going to to be there,” to know who they are and what they have done for the people.

“Enough of choosing anonymous people where who knows how they got onto these lists, and above all there is a second element, and that is to combat the idea of ​​some representatives who believe that if they win they can do whatever they want. No, in our laws we have a set of provisions according to which a parliamentary representative who does not abide by the political plan according to which he was elected, can be recalled.”

The writer believes that this could avoid “the bustle” that the people have gone through when “in good faith” they have given their vote “to some characters who later began to do nonsense.” Meanwhile, Britto García chooses to stay away from a political career. “I prefer to dedicate myself to my task of creation than to spend all day involved in that amount of debates where influence, powers, and sometimes secret agreements are settled, it is not my life mission or my vocation.”