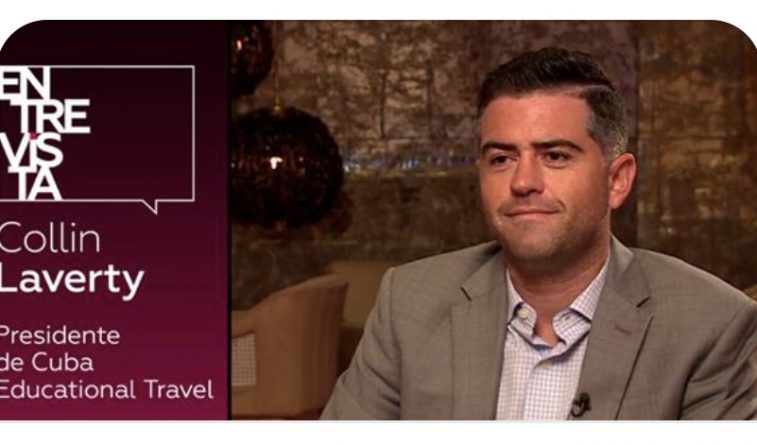 ​​”I think that Donald Trump’s policy towards Cuba is much more talk than doing,” says Collin Laverty, president of Cuba Educational Travel, agency who is responsible for organizing trips between the US and the island. Why is the position that Trump adopted towards Cuba that of the most radical sector of Cuban-Americans? What does the Democratic majority mean in the House of Representatives for Cuba? See it in ‘Interview’, RT.

The position that President Donald Trump has adopted towards Havana is the same as that of the most radical sector of Cuban-Americans in Miami, says Laverty. “Unfortunately, the senator [Republican for the state of Florida] Marco Rubio is like the de facto head of relations” between the US. and Latin America, he added.

“Cuba has always been like a letter of change for Washington, not in its foreign policy but in the domestic one, focused a lot on Miami,” and the White House tenant has used this to get the support of influential politicians like Rubio.

On the contrary, Laverty considers that former US President Barack Obama did “almost everything possible” to improve relations between both countries despite the obstacles imposed by Congress. Trump also “has changed the policy towards Havana, but it is much more to talk about than to do”. The president “wanted to make a lot of noise to please Rubio, but in the end we have a strange policy, he says: ‘I am canceling the agreement with Cuba’, but the canceled programs represent less than 5%, while 95% still operate”, commented the interviewee.

At present, a large part of the American population is in favor of improving bilateral relations between both countries. “Even the majority of the Cuban-American community supports relations” with the Island, says Laverty, citing survey data.

The expert also believes that both Washington and Havana “would win with a better relationship,” and “those benefits would increase for the US business sector if the embargo were ended.”

Regarding the results of the midterm elections held on November 6 in the US, Laverty believes that with a House of Representatives with a Democratic majority there is “a lot of possibilities” for Washington to improve its position towards Havana.

It does not even rule out that in the future Trump himself will change his policy towards the Island. The US president “is unpredictable” and “knows the potential of the Cuban market.” “He is a businessman,” and for him “what matters most is business”, concludes Laverty.