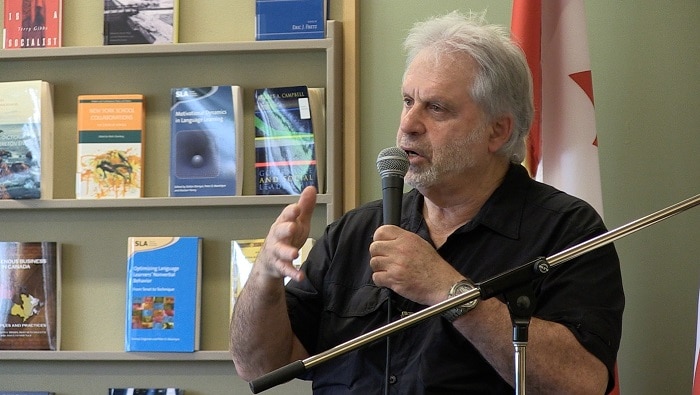 Caracas, January 01, 2021 (OrinocoTribune.com)– In this new episode of Chavista Chronicles from Caracas, we had the pleasure of interviewing Arnold August, renowned Canadian journalist and lecturer, author of some of the best documented and informed commentary on Cuba and Venezuela, and member of several international electoral observation delegations.

Arnold August is the author of Democracy in Cuba and the 1997-98 Elections, Cuba and Its Neighbours: Democracy in Motion, and Cuba-U.S. Relations: Obama and Beyond. As a journalist, he collaborates with many websites in Latin America, Europe, North America and the Middle East. He is a contributor to Orinoco Tribune. His website is www.arnoldaugust.com.

We asked Arnold four questions, and at the end of the interview he asked us two questions that we value a lot because they allowed us to talk about how Venezuelans see Canada, and also about alternative media and the need for cooperation among different alternative media platforms.

1. I have seen in your books, especially in the second one, Cuba and its Neighbours, that you deal with election results and abstention rates. Based on your experience, what is your view of the results of the December 6 Parliamentary Elections in Venezuela?

2. Do you see any improvement in the Canadian foreign policy towards Venezuela, such as, a less submissive approach to the US?

3. Many are talking about the return of the pink tide in Latin America. What is your take on that and how do you see the Biden administration in that possible scenario?

4. How do you see the future of socialism and grassroot struggles in the US and Canada?

At the end of the interview, Arnold August made the following observations:

1. What is the perception of Venezuelans on the campaign launched by many progressive Canadians to boycott Canada’s bid for a seat in the United Nations Security Council?

2. He recognized the importance of the work of Orinoco Tribune and asked about cooperation among different alternative media projects.