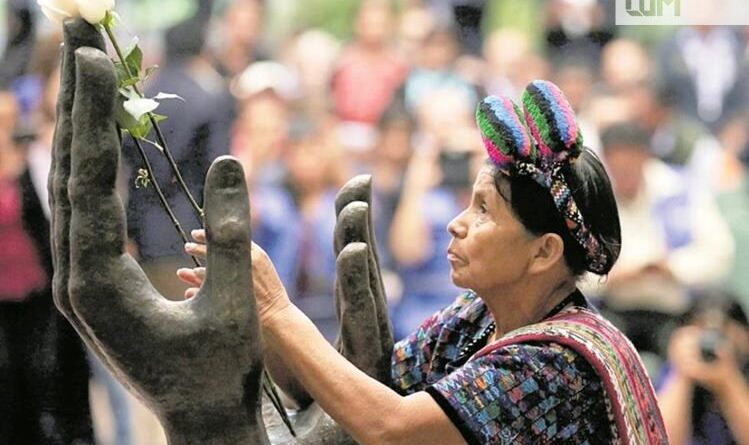 In 1996, after 36 years of internal war, the Guatemalan guerrillas united in the Unidad Revolucionaria Nacional Guatemalteca (URNG) signed what became known as the Peace Accords with the Guatemalan State/Army with lofty promises of peace and development for the country.

In 2016, after more than half a century of internal war, the Revolutionary Armed Forces of Colombia (FARC) also signed peace with the State/Army of Colombia. Likewise, without compromising the central causes that forced them to take up arms: rural poverty and land grabbing.

The internal war, in Guatemala and Colombia, served to accelerate the monopolization of fertile land for businessmen and the military. In Colombia, about 220,000 people were killed, and in Guatemala, 240,000. In both countries, poverty and displaced populations increased in percentages worse than at the beginning of the internal war.

In Guatemala, the Peace Accords promised to democratize the country based on respect for human rights, tax reforms and access to the land market for peasants. 24 years later, formal neoliberal democracy diluted the State, to the point that it became a failed state, co-opted by organized crime.

The landowners, in their agro-industrial version, appropriated almost all of the country’s farmland through the rules of the free land market. Indigenous people and peasants were not only excluded from the land market, but because of their impoverished economic conditions they were forced to sell or rent their small plots to monoculture companies.

After more than two decades of the unfulfilled promises of the Peace Accords in Guatemala, it is clear that it was not only the State that was responsible for this failure, but also the social movements and the URNG itself were too distracted by the bubble of financing for the pacification of the country, and abandoned the genuine socio-political struggles for the transformation of the country.

Today, former commanders or members of the guerrillas who signed the peace agreement are expressly or tacitly opposed to the proposals for the nationalization of privatized goods and services put forward by the indigenous and peasant movements. As well as the urgent need to advance towards a process of inclusive constituent assembly to create a Plurinational State.

RELATED CONTENT: Guatemala: Why Do Social Protests Culminate in a Blind Spot?

In both countries, the submerged living conditions of excluded sectors and peoples are worsening to levels never before seen. These sectors have increased their obligations without rights. Meanwhile, the national oligarchies enjoy privileges and/or heritage perhaps comparable to the kings of the Middle Ages.

In Colombia, the peasant and indigenous sectors are mobilizing to demand the fulfillment of the promises made at the peace signing. In Guatemala, indigenous and peasant communities organized in resistance, denouncing the complicit silence of the revolutionary peace signatories, united behind the proposal of a plurinational constituent process, the nationalization of privatized goods, and the construction of a Plurinational State.

The party Fuerza Alternativa Revolucionaria Común (FARC), born in the heart of the revolutionaries who signed the peace accords, has not yet demonstrated its capacity and willingness to channel the social discontent of the country through the electoral process. In the case of Guatemala, the revolutionary political parties that emerged with or after the Peace Accords, to a large extent, became neoliberalized and accommodated themselves to the hegemonic system they once fought.

The same is true of most NGOs led by “revolutionaries”. To the extent that, in the face of the exhaustion of the international budget for the execution of projects for the pacification of the country, they now execute small projects with USAID funds, and repel any attempt at political organization that challenges the pro-US neoliberal economic regime.