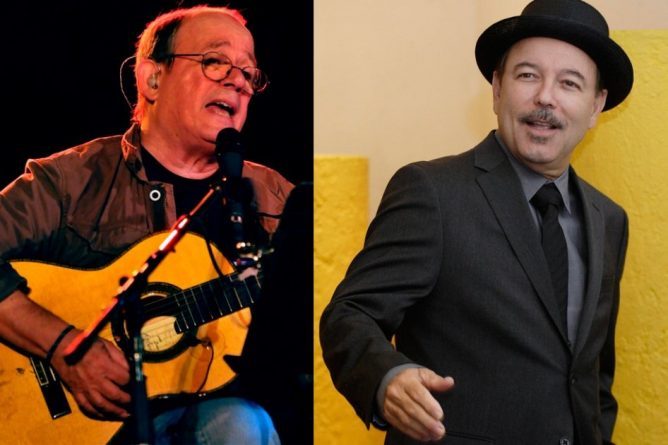 Social networks have spread misinformation about a response from Silvio Rodriguez to Ruben Blades in 2014 in connection to the Guarimbas that afflicted Venezuela then.

The supposed response of Silvio Rodriguez then was actually not something wrote by the famous Cuban singer but from a Cuban academic that posted it on Silvio Rodriguez’s blog.

A few days ago confusion rose again about this issue and some news outlet republished the 2014 letter thinking is was connected to the current events in Venezuela. Even Cuban President Diaz Canel and important Venezuelan outlets like Alba Ciudad fell into the trap.

In the one and only letter, written this February 19, 2019, Silvio Rodríguez apologizes for the confusion over the article “What a failure”, written by the late Cuban academic Guillermo Rodríguez Rivera, in 2014 , and that many media have passed on several occasions as a current response from Silvio Rodríguez to Rubén Blades for the situation in Venezuela.

Silvio Rodríguez continued : “You think that brother country (Venezuela) has two presidents, I only see one: Nicolás Maduro. The other is a self-proclaimed president and largely sustained from outside, a pressure maneuver to discredit the government that has made the most elections in Our America. ”

He also pointed out that “Venezuela is a country that has been suffering a progressive economic suffocation, like Cuba, but it is saddened by the fate of having one of the largest oil reserves in the world; for that reason those that finished with Iraq, Libya and Syria are now going for it.”

In addition, he advised Blades that “it is the Venezuelans who must discuss their differences and resolve them, without any pressure. I believe that the pressures is indignant, and instead of leading to the solution of the problems, it intensify the tensions.”

The text of Silvio, in response to one of Rubén Blades written hours before, remains at all times on a friendly tone.

Next, the complete answer of Silvio Rodriguez to Rubén Blades:

Rubén (I do not answer on your page because I did not find how):

It is a pity that this confusion has occurred with Guillermo’s writing (clarified by me 5 years ago) and even more painful that the redundancy may seem like manipulation. I am one of those who have always admired the creator that you are and I recognize the unquestionable contributions you have made to the dance song.

On the other hand, it is obvious that we do not think the same about what Venezuela is going through. You think that brother country has two presidents, I only see one: Nicolás Maduro. The other is a self-proclaimed president and largely sustained from outside, a pressure maneuver to discredit the government that has made the most elections in Our America; also to get the military breach their patriotic commitment and yield to the very clear blackmail that several US Congressmen have repeatedly made and, just a few hours ago, the very President of the United States.

Venezuela is a country that has been suffering a progressive economic suffocation, like Cuba, but it carries the luck-misfortune of having one of the largest oil reserves in the world; for that reason those that finished with Iraq, Libya and Syria are now going for it . To top it off, Venezuelans have dared to make commercial deals with China and Russia, which obviously makes the shark very nervous.

I am critical of the Cuban reality because I know it, but I take care to express my opinion about what is foreign, especially when the power circles display so much propaganda and so many interests are confusing. It is obvious that Venezuela is divided, but I believe that it is Venezuelans who should discuss their differences and resolve them, without any kind of pressure. I believe that the pressure is indignant, and instead of leading to the solution of the problems, it stimulates the tensions. It is not only the peace of Venezuela that is in danger. What a pity that some do not realize the terrible fire that is at stake.

Always Live the Sardines!, Rubén. Very good luck in everything.

The text of Rubén Blades to which Silvio responds:

There he is rolling a ball that they attribute again, in a false way, as your supposed statement, in which you criticize my opinions about Mr. Maduro and the situation that exists in Venezuela. After reading a section of the published mammoth, I immediately noticed several things:

1 It is badly written and has the intellectual blindness of the typical apparatchik .

2 What they have done, with ill will, is to take extracts from things that I wrote years ago, they made a rehash of what, according to them, it is convenient for them to rekindle for their plans. Now, in their already mature despair, they compare the trajectory of “Che” with that of a guy who talks to birds and who is unable to stay erect on a bicycle.

3 They have resorted trickily to an event that occurred years ago, when a Cuban professor used your blog as a means to answer one of my opinion articles. From there, and without taking care of the elementary rules of journalism, some yellow and / or politicized media falsely claimed that this writing was yours, something that you later publicly disproved.

4 Now they have taken up the same false issue, repeating the same lie of 2014, although they were careful not to comment on what I recently said, about how spurious I find Maduro’s invention of a constituent to ignore the democratically elected assembly through the popular vote in 2015. I am very clear that what Prensa Latina publishes, taken from a Venezuelan radio station, is false and I will not allow them to use me against you, nor to entangle us in their unreason.

5 It really is a real shame to see how media that are serious are allowed to deceive and attempt against the truth, or simply get carried away by the desire to defend false ideological approaches.