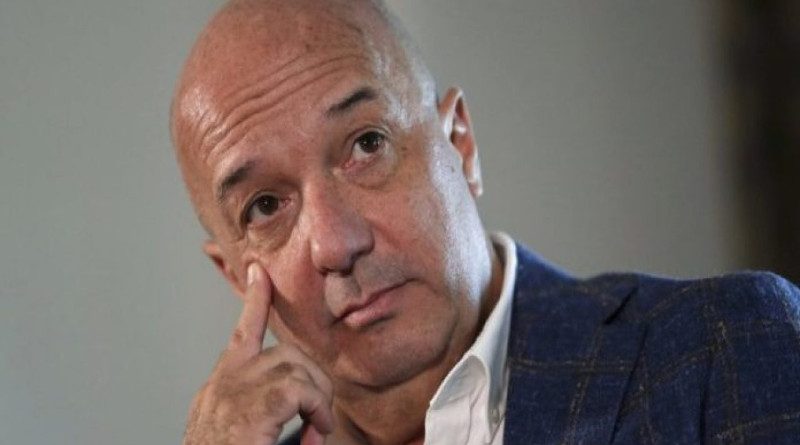 For years, the image of Iván Simonovis in the world was that of a “political prisoner” who suffered physically, with multiple diseases because of his long time in prison.

Recurring were the images of a very thin Simonovis, with thyroid problems or other chronic complications, and the complaints of his family to be granted humanitarian measures, which he finally obtained in 2014.

This year, Simonovis, who was sentenced to 30 years in jail for his responsibility in the Llaguno Bridge massacre on April 11, 2002, escaped his detention by rappelling down a 25-meter wall, cutting the electronic location ankle with shears and, two weeks later, he left the country in the middle of the night in a boat on the Caribbean Sea.

Simonovis currently lives in the United States, is the “special security and intelligence coordinator” for Juan Guaidó and works with the CIA and DEA agencies.

In little more than three months, his image has changed and he presents himself as the “strong man”, willing to rescue and defend Venezuela from any threat (and organizing an irregular army in the state of Florida to bring “freedom and liberty” to Venezuela).

In Supuesto Negado we will review the most embarrassing moments of Iván Simonovis.

“One shot”
When Héctor Duarte (in the 90’s) decided to storm a bakery and it went wrong, he took a woman hostage. Iván Simonovis was there, he was the head of the BAE (SWAT) group.

The tragic event, captured by the cameras of Venevisión recorded the right moment when a sniper shot Duarte in the head in a matter of seconds.

“A single shot, it’s ready. Okay, it’s over ”, were the first words of Simonovis after the death of the young man, whose body was laid on the pavement, in front of the bakery he intended to assault.

Then, in a televised interview, Simonovis said, laughing, “I think our last job was just one shot, we need only one shot.” In the images of his detention, he was handcuffed and bound, descending from a vehicle next to a heavily armed custodian.

Years of illness and suffering For years, Simonovis entered and left prison several times to be treated for multiple diseases, including, as his wife explained to the CNN channel in Spanish, that of a serious osteoporosis that could cause him an almost instantaneous femur fracture and death in a few minutes.

However, the ex-commissioner escaped from his house arrest (according to Juan Guaidó, it was not an escape because he pardoned him) by rappelling 25 meters to the ground, then got on a boat and even piloted a plane.

“Ivan, tying his shoes, the femur can spontaneously fracture, his bones are so weak,” said Bony Pertiñez, Simonovis’s wife, in 2014 to the aforementioned US news network.

Now, next to Carlos Vecchio in the United States, Simonovis gives interviews and records videos to announce how, with the collaboration of foreign forces, he will “identify, locate and reduce the criminal groups” that operate in Venezuelan territory.