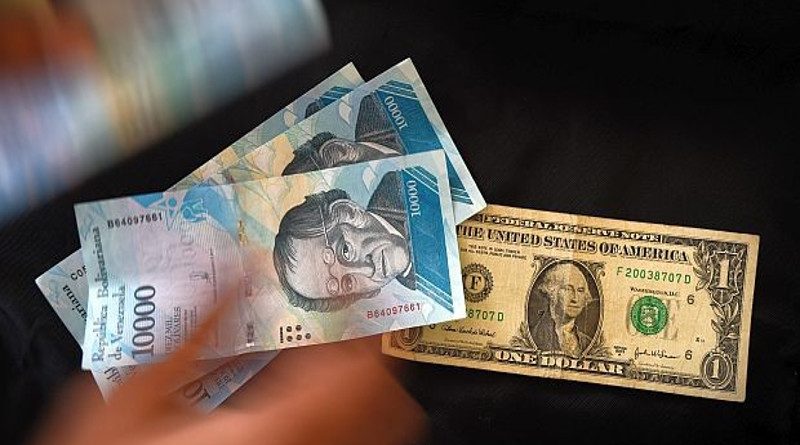 After having risen earlier up to 25 thousand bolivars earlier in the week, both in the parallel market and in the official one, the dollar continues this Friday in free fall for the fourth consecutive day, when it is recorded at 20,346.57 and 20,959 , 92, respectively.

For the economist Jeśus Pérez, this market instability, in which one day the dollar rises 5,000 bolivars and then collapses, is due to an “artificial speculative operation, which seeks not only to economically destabilize the country but to attack the bolivar, as a monetary sign and as political thought and ideology.

“These are not rational factors that are playing, it is something else, they are mixing with politics,” he said in a telephone interview with Supuesto Negado on Friday.

Pérez says that, in addition, the Central Bank of Venezuela (BCV) “has followed the flow” of the so-called “black dollar”, so much so that at the moment it exceeds it, but warns that the speculative activity with the currency is so great that “the bolivar cannot cover so much.”

“It increases so much and so fast, that there comes a time when there are no longer enough bolivars to buy dollars and that slows down the buying spree” of foreign exchange and, therefore, the price falls.

Asked about the rumors of an upcoming increase in the minimum wage, Pérez says that it is necessary, because the purchasing power of the Venezuelan, with the 40 thousand bolivars per month accrued, is almost zero.

That is why Pérez warns that despite the decline in the price of the dollar, prices will not go down, because they are part of what he described as “a totally perverse and manipulated game.”

“Our merchants, our idiosyncrasy, is that what goes up never goes down. This is a totally perverse and manipulated game. Here our businessmen are not accustomed to 30 or 40 percent (of profit) are used to doing a juicy business of 200, 300 and 400 percent,” he said.

RELATED CONTENT: Why is the Bolivar Devaluing so Fast? Anti-Chavista Economist Talk

He added that what happens in Venezuela has no economic logic, since inflation does not respect the greenback.

“Here there is not only inflation in bolivars, here there is also an increase of prices even in dollars. It is something that has no economic rationality,” he said.

Dollar speculation: Big business for some
The economist Luis Enrique Gavazut told the Globiovisión news channel on Thursday that the ups and downs in the foreign exchange market respond to a highly speculative component and are used by those who manipulate them to gain great profits by artificially inflating the dollar to a point and then making it fall, which is when they take the opportunity to replenish the foreign currency, causing the cycle to repeat itself.

“The factor that has influenced is a speculation, a game that has been played by economic interests that are behind the manipulation of the exchange rate (…) the sites that report information to society about the currency exchange rate are under the control of private interests that can quietly set that price at will,” he explained.