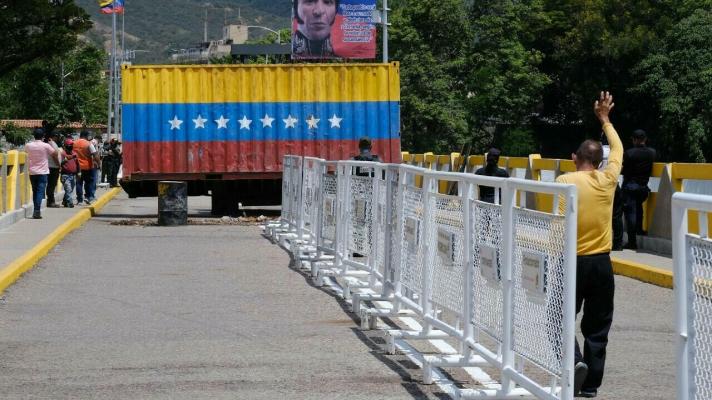 In a report by Mundo Sputnik, data was published on the commercial relationship between Venezuela and Colombia in the context of opening the borders this week. The vehicular passage was closed in 2015 due to political, security, and diplomatic problems, and in 2019, pedestrian mobility was restricted due to the pandemic.

Jorge Forero, a researcher at the Center for Border Research and Studies, told Sputnik that “trade is the soul of the region.” Forero presented data on the formal trade relations between the two countries through the border crossing. We quote at length:

The decline in formal trade relations between the two countries is not a novel or unprecedented fact. They have deteriorated since 2008, when they went from $7.3 million to $4.6 million in 2009, and $1.7 million in 2010 (the latter was the lowest point of the formal binational commercial exchange before the milestone of 2015). This indicates a proportional reduction of 36.7% and 76.3% respectively.

The closure of the border has brought negative consequences not only to Venezuelans but also to the economy of the Norte de Santander department in Colombia.

According to spokespersons from the Cúcuta Chamber of Commerce in 2019, 95% of the business fabric of Cúcuta, Ocaña, and Pamplona was dedicated to the supply and trade of wholesale and retail goods for the Venezuelan population. For its part, the Venezuelan employers’ union, Fedecámaras, estimated in September 2015 that the border closure was generating losses of more than 4 million dollars per day, with 75% of that figure due to the Táchira-Norte de Santander hub. They asserted that by 2015, about 15% of the products and raw materials that enter Venezuela do so through the Colombian-Venezuelan border. In another subsequent report (June 2016), another spokesperson for the Venezuelan business affirmed that 70% of the businesses in the Venezuelan border towns had been closed, with a loss of 15 thousand jobs.

Other figures provided by the Center for Research and Border Studies help to deepen the analysis:

RELATED CONTENT: Colombia is Creating False Conflicts at its Border with Venezuela

• For 2008, the number of jobs generated in Colombia by trade with Venezuela was estimated at 250,000.
• The bulk of the commercial exchange between Colombia and Venezuela corresponds to the industrial and agricultural sector.
• For 2019, formal commercial exchange was reduced to only 133 million dollars, which represents a decrease of 98.15% compared to 2008.
• The closure of the border affected the coal industry in Colombia, which recorded losses of up to 3.8 million dollars between September 2015 and September 2019 alone.
• In Venezuela, the border closure also affects at least 2,000 transport carriers in this sector.
• The ceramic industry has reported losses, again on the Colombian side, reaching 53.5 million dollars in the same period.
• The San Antonio del Táchira and Ureña sector lost at least 8,000 jobs.
• Fedecámaras also estimates that about 15% of the products and raw materials that enter the country do so through the Colombian-Venezuelan border, with a total of 15,000 jobs lost in the border municipalities.
• Between Colombia and Venezuela there are at least 247 illegal routes or trails (ECLAC 2016), the vast majority of them between the state of Táchira and Norte de Santander.
• Regarding informal trade, the total amount that moves this immense market is unknown, but for a general idea, between August 2015 and June 2016, the National Tax and Customs Directorate of Colombia (DIAN) seized 4.5 million dollars (ECLAC 2016).

Featured image: The containers that blocked the border crossing between Cúcuta and San Antonio del Táchira have been removed by the Bolivarian Government in preparation for the commercial opening and population mobility (Photo: Ferley Ospina / Reuters).