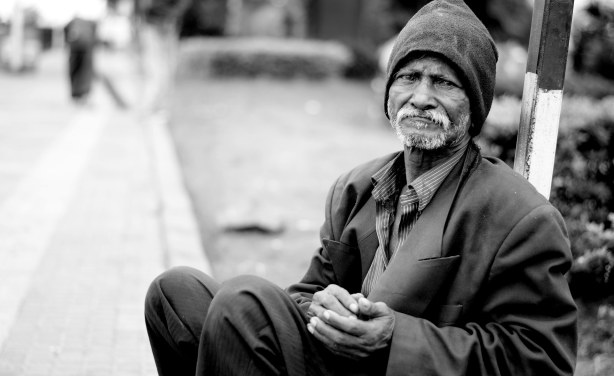 The SA Human Rights Commission wants to urgently meet City of Cape Town officials over street by-laws being enforced that have resulted in a number of homeless people being fined, the rights body said on Wednesday.

“We have received more than a hundred complaints, and I mean, literally, hundreds,” said SAHRC commissioner, the Reverend Chris Nissen after reports emerged this week that some homeless people have been fined based on a 2007 bylaw.

“Where is a proper policy on homeless people that does not violate the dignity of homeless people?” asked Nissen at a media briefing after visits to some of the sites around the city that the homeless set up as shelter.

At the briefing, the SAHRC’s Tammy Carter held up a copy of the Constitution and said the current “aggressive” action by the City was in violation of Section 27 of the Constitution, which deals with the right to healthcare, food, water and social development.

A joint statement by the City denied it was harassing people.

Instead, it said there were people not accepting the myriad interventions already in place.

In terms of its “Street People Policy”, the departments of social development and early childhood development work closely with the City’s Displaced Persons Unit.

Safety and Security MMC JP Smith and Community and Health Services MMC Zahid Badroodien said field workers reach out to street people, offering assistance with access to social services, including temporary shelter, identity documents, social grants and temporary employment opportunities.In 2018, a “Safe Space”, which currently houses 211 street people was opened, and the private sector has helped with finding jobs for those living there. The city also provided R699 000 worth of blankets, mattresses, non-perishable food and toiletries to NGOs.

“In spite of its best efforts, however, the Social Development and Early Childhood Development Department’s Street People Unit finds that many street people simply refuse any form of assistance,” the MMCs said.

In the past three months 3 051 complaints were received regarding “anti-social” behaviour by street people, and 199 fines issued, the City said.

The SAHRC believes the current tier-system of sheltering homeless people – which starts at getting a bed, then connecting with social development and other government agencies for help, and then possible reintegration into their original homes, is inadequate.

Carter said the reasons for leaving a home are complicated and include mental illness, addiction, and intolerable home conditions.

“It is a complex situation when you are dealing with the homeless who have fallen out of the normal security nets of society,” said Carter.

There is currently a “tier” system where a person who wants to, gets a bed in a shelter, accesses social services and is then reintegrated back home, Carter said.

Sending people back home is not always a good option, because the original home’s situation may have led to the homelessness in the first place, and if this is not dealt with as a whole, simply being back home will not help.

The removal of homeless people to Wolwerivier, a dusty and remote temporary relocation centre north of Cape Town, is also not the answer, the SAHRC believes.

Nissen said if they were to be taken to Wolwerivier, they would find themselves without proper services, no main street lighting at night which makes it unsafe, and they would battle to get their children to school.

The SAHRC is also concerned by reports from a group which has organised itself into the Street People’s Movement that when they are confronted by authorities for sleeping on streets and pavements, their personal possessions are loaded onto a truck and taken away to be dumped.

“They lose treasured items like photographs from their previous life,” said Carter.

The gravest impact is that identity documents are caught up in these “clean ups” and without any form of identity, the homeless will struggle to get the healthcare and SA Social Security Agency grants they need.

The SAHRC believes the homeless should be given options and choices for their futures, and not have the threat of fines or prisons hanging over them. The bylaws also need to be examined.

Carter said authorities should take note of a recent South Gauteng High Court judgment that ruled a group of homeless people had to be compensated for personal items they lost during a removal.

Nissen said the homeless the SAHRC has interviewed, said that once they have had their belongings taken away and fined, they live on the fringes of the city or on the slopes of Table Mountain for a while, and then gravitate back to their old spots.

They have names for their spots such as “Eerste bos” and “Tweede bos”, (first bush and second bush); and some have children or sickly relatives with them, who do not want to be separated.

Nissen added that possibly criminalising homelessness in the light of affordable housing shortages would also clog up the courts and already overflowing prisons.

“We want to meet the mayor as soon as possible,” said Nissen. 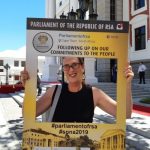