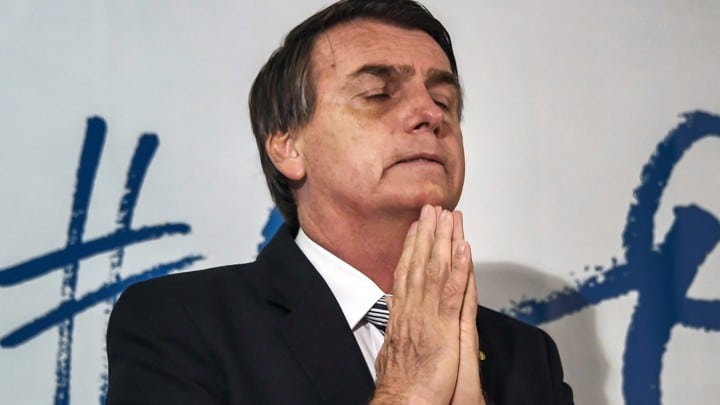 The Superior Court of Justice had not finished discussing a habeas corpus for ex-president Luiz Inacio Lula da Silva when we received the news about a member of the Brazilian Air Force who had been imprisoned in Sevilla, Spain, for carrying a total of 39 kilograms of cocaine onto a presidential plane headed to the G20 summit in Japan.

Questions raised after overcoming the surprise—despite a similar case having occurred with a Brazilian soldier on a flight to Paris – were first of all, how did that soldier get out of Brazil with bundles of cocaine in his bag? What is the significance that a member of the Brazilian Armed Force is involved in a case of drug trafficking?

The failure in the security of the Brazilian presidency led to speculations about how drug trafficking is spreading inside the ranks of the Brazilian armed forces. Thus, the confiscation in Sevilla was immediately linked to the use of the Armed Forces to fight drug smuggling in Rio de Janeiro and how that contact with the underworld of drugs may have contaminated this institution. The participation of a soldier linked to the presidency, traveling with impunity on an official plane, sheds enough light to say that there are other people involved inside the Air Force or even in other groups of the Armed Forces.

Another concern is the lack of security on a presidential aircraft, which corresponds with the general mess in a government that is changing ministers and secretaries weekly. Amidst the crisis following The Intercept leaks, the Brazilian President made changes in two major areas of his government.

First he changed four important military advisers, including one with the highest rank inside his administration, who was replaced by a very low-ranking federal police officer. The replaced soldier gave an interview saying that the government is a mess, focusing on what is not a priority and generating one crisis after the other.

Then the President fired the chairman of the state development bank BNDES claiming alleged irregularities in the operations of the bank. After that, no irregularities were confirmed. The sudden and groundless firing of the bank’s chairman was badly received by entrepreneurs.

With the scandal swirling around him the Brazilian President changed his itinerary to attend the G20 summit, changing Sevilla for Lisboa, as if it would solve the problems. He left annoyed with the statements made by German President Angela Merkel, who claimed she was worried by the deteriorating living conditions in Brazil and that she expected to have a serious conversation with the Brazilian President, especially about the issues related to the deforestation of the Amazon. Uncomfortable, the Brazilian President said he would accept advice during the G20 summit, where he would find he had no significant role. This was partly of his own doing because before he traveled to the summit he released a statement detailing his weighty opinion about globalization and other priority issues of the Japan meeting.

Meanwhile, the Superior Court of Brazil voted on two petitions presented by Lula’s defense. One requested to annul the trial which convicted Lula given the biased behavior of the judge that presided over it. The other requested the disqualification of former judge Sergio Moro. If accepted, given the evidences presented by The Intercept, all the processes headed by that judge would be cancelled and Lula would be freed.

President of the Workers’ Party Gleisi Hoffman said Lula is living a real legal torture. Once in a while a new atmosphere is created surrounding Lula’s defense, tension, expectations, as if it was the final match of a championship. Forecasts, analysis, interviews with judges, broadcasts through the Judicial Branch TV channel. Media outlets, traditional and alternative, are filled with the issue.

Lula always advises to keep your feet on the ground and he keeps calm himself, without heightened expectations. But it should be pointed out that the current decisions taken by the Supreme Court show special characteristics. They are the first since The Intercept leak, which confirm what Lula’s lawyers always said; Judge Moro and all the Lava Jato judges are biased, they do not act as judges but as a political tendency, coordinated, moving like a political party with a single objective which is persecuting Lula, preventing him from being a candidate back in the 2018 elections when all polls showed his victory in the first round.

One of the most absurd decisions of the Supreme Court was when they ruled that judge Moro is impartial enough to prosecute Lula. The revelations of the conversations between judge Moro and Lula’s accusers, in which Moro directly instructs them about how to act—which is completely prohibited—has questioned again that decision.

The first petition by Lula’s lawyers was rejected but the second was postponed until next August, when legal vacations are finished. Some judges appear to be scared about the leaked conversations; some have said they will not change their mind.

The truth is that the political atmosphere in Brazil has changed after that disclosure. As the leaks continue, the situation is more and more complicated for Moro and his colleagues. Suspiciously, Moro and his fellow advisor have traveled to the United States to visit security agencies of the Trump administration. The same day we heard about the scandal of drug trafficking on the Brazilian presidential aircraft, Moro visited the DEA to sign an agreement on behalf of the Brazilian government.